N. Biren Singh said it was because of Kakching's achievements in banking digitisaion in October, 2020, that it has found a place among the 75 districts. 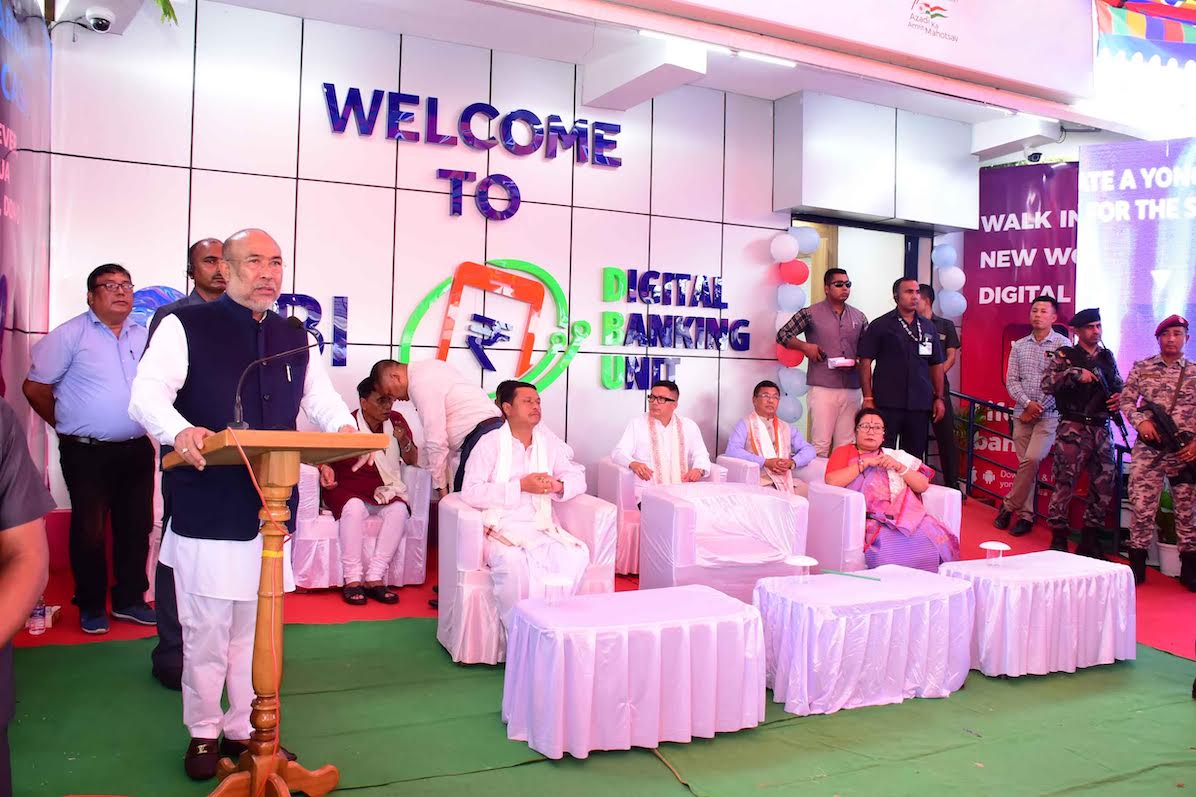 The Chief Minister was speaking at a programme on “Dedication of 75 Digital Banking Units (DBUs) across 75 Districts” by the Prime Minister through video conferencing at the State Bank of India Branch, Chumnang Leikai, Kakching District.

N. Biren Singh said it was because of Kakching’s achievements in banking digitisaion in October, 2020, that it has found a place among the 75 districts. Recalling the hardship faced by the public in accessing banking services and loans earlier, he maintained that people can now avail banking services at their doorsteps. Banks are now providing loans to farmers, entrepreneurs and other individuals, without hesitation, to enlarge their businesses and improve their earnings, he added.

The Chief Minister praised the Prime Minister for his “far-sighted vision” that ensued the welfare of the people. Modi’s initiatives of Digital India and Direct Benefit Transfer schemes have minimised corruption in the country and reached benefits of welfare schemes to te targeted beneficiaries without middlemen.

N. Biren stated that many entrepreneurs and start-ups have received bank loans to expand their operations and contribute to the development of the economy. As such, many outside products are being substituted by local products produced by indigenousfirms and enterprises.

The State Government has been making all efforts to improve the earnings of each household in the state and to ensure at least one member of every household got employment for earning their livelihood, he said

The Chief Minister also endorsed the Prime Minister’s suggestion that every bank get connected with 100 businesses or shops with the objective of achieving digitisation in business transactions.