Vanlalvena informed the House that in addition to existing 384 Hindi teachers in High Schools and 724 Hindi Teachers in Middle Schools in Mizoram, as many as 855 posts of Hindi teachers have been sanctioned and appointed under Samagra Shiksha scheme. 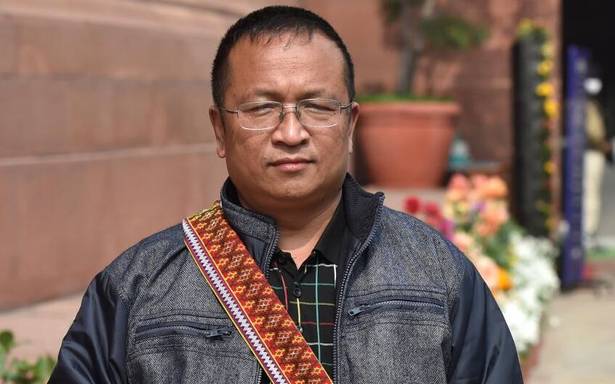 Aizawl: During Zero Hour of the on-going Parliamentary Budget Session, Mizoram MP K.Vanlalvena raised the issue of shortage of Hindi teachers in North East and the need to improve their status.

Vanlalvena informed the House that in addition to existing 384 Hindi teachers in High Schools and 724 Hindi Teachers in Middle Schools in Mizoram, as many as 855 posts of Hindi teachers have been sanctioned and appointed under Samagra Shiksha scheme.

He pointed out that the share of the central government, as per new norms under Samagra Shiksha scheme, is to reduce on a yearly basis various components, particularly salary components of Teachers and Teacher Educators. This is putting more pressure on the financial burden of the State government. He suggested that the existing ratio of 90:10 for all components under Samagra Siksha be continued for small states such as the entire north eastern states.

Moreover, he also suggested that the condition of appointment of teachers under Samagra Shiksha scheme may be revised to be at par with their counterparts under the State government as they are the most important components for achieving desired quality education in the country. More funds, he said, may be allocated for enhancement of salary components under the scheme.

Vanlalvena also explained the importance of Hindi as a very significant factor in building up and safeguarding national integration particularly with regard to children of the North East region many of whom belong to Mongoloid tribes and of non-Hindi speaking community. Compared to other states where Hindi is the common language of the residents, children of the North East region are at a disadvantage in learning Hindi from a tender age as their parents are also unable to speak in Hindi. In view of this Vanlalvena expressed his opinion that providing Hindi teachers to the North Eastern States is no less important than deploying a battalion of army.

Vanlalvena urged the central government to take measures to raise the status of Hindi teachers in various schools who are employed as master-roll teachers at par with regular teachers and emphasized the need for more Hindi Teachers and better status for them in the whole North Eastern State of India so as to attain peace and integration with other parts of India.