21-year-old Lalremsiami, who hails from Mizoram's Kolasib town, is the first woman Olympian from the state. 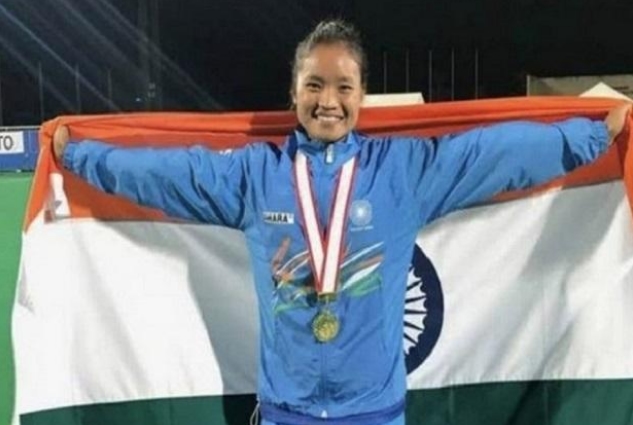 Aizawl:  The Mizoram government announced Friday that it will offer a Rs 25 lakh cash reward, a government job and a plot of land to Indian women’s hockey team member Lalremsiami in appreciation of her performance at the Tokyo Olympics 2020.

“Our hockey star Lalremsiami will be offered a government job & will be given a house plot at her hometown,” Chief Minister Zoramthanga announced in a tweet on Friday.

“Govt of Mizoram had sanctioned Rs 20 lakhs for her preparation, will reward her with another Rs 25 lakhs cash incentive for her participation at the Tokyo Olympics 2020,” the Chief Minister added.

The dream of the Indian women’s hockey team for an Olympic bronze was dashed on Friday after it lost to Great Britain 3-4, however, the team won millions of fans for its plucky fight.

This ended a dream run for the Indian women’s hockey team which finished last at the Rio Olympics 2016, having qualified after 36 years.

21-year-old Lalremsiami, who hails from Mizoram’s Kolasib town, is the first woman Olympian from the state.

The last Olympian from the state was archer C. Lalremsanga who represented India at the 1992 Barcelona and 1996 Atlanta Olympics.
Lalremsiami took up hockey at a very young age and had joined a state-run academy at Thenzawl, about 91 km from Aizawl in 2011 when she was 11 years old.

She joined National Hockey Academy in New Delhi in 2016, made her national debut at Junior Nehru hockey tournament in October 2011 and was selected for India’s under 18 Asian Cup in December 2016.

In 2017 she got her first call to the senior team and is the first sportsperson from Mizoram to win a medal at the Asian Games – the silver medal for hockey that India had won in 2018.

Lalremsiami won the hearts of the sports lovers when she chose to stay back with her teammates and played the FIH Women’s Series in Japan despite the death of her father Lalthansanga Zote in June 2019.

The Indian team had clinched the series after defeating Japan to qualify for the Tokyo Olympics.

In 2020 she was chosen International Hockey Federation’s Women’s Rising Star of the Year award and became the first Indian to win the prestigious award.

She had also been named sports ambassador of Mizoram University in July 2019. With agency inputs