Manipur needs this sunrise sector to take off in a big way, to make agriculture more profitable and to increase the per capita income of the state 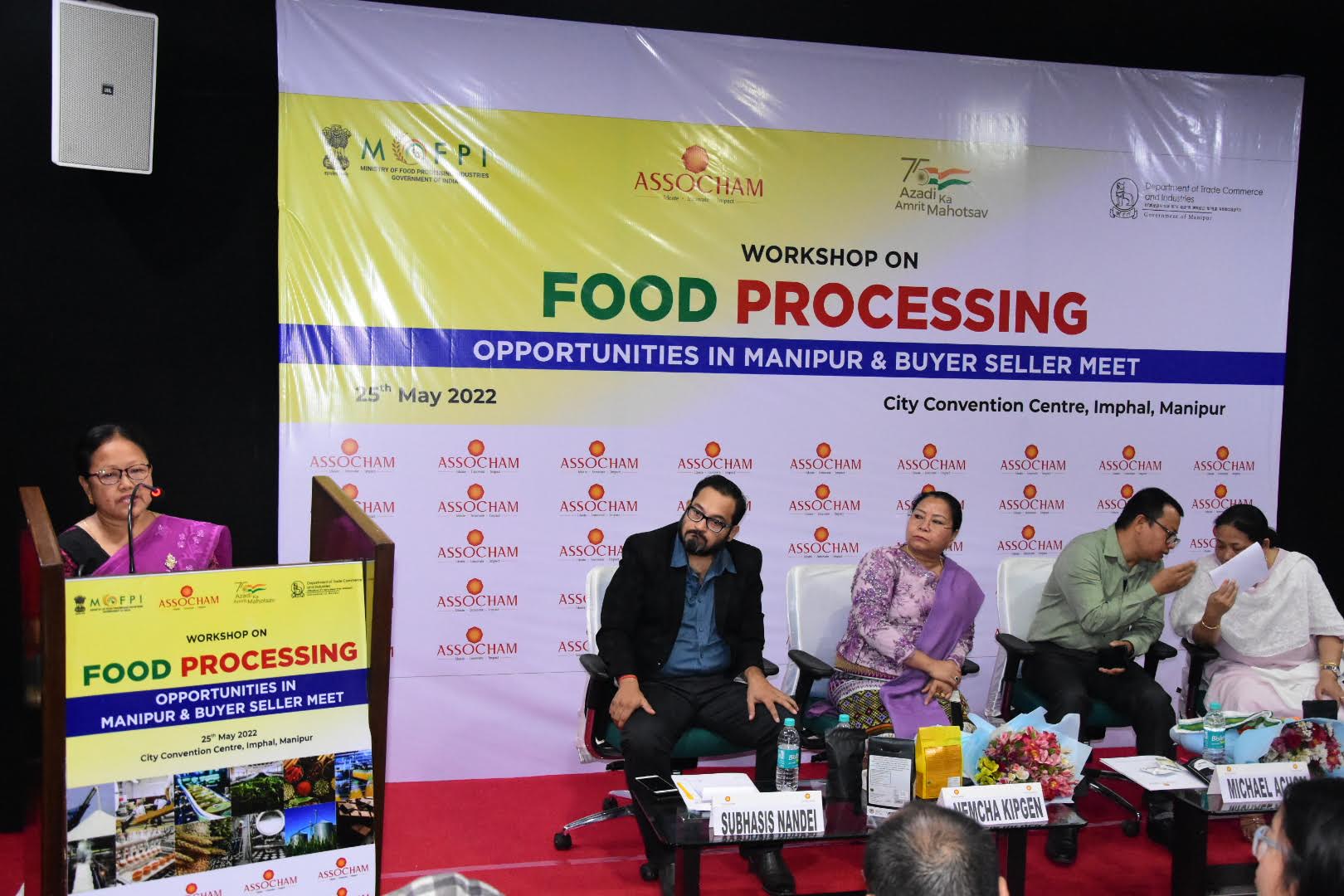 It is organized by the Associated Chambers of Commerce and Industry of India (ASSOCHAM) in partnership with the Ministry of Food Processing Industries, Govt. of India to focus on the Central and State Government schemes and food processing opportunities.

The program also focused on linking entrepreneurs with partners for forward-linkages and to promote the state’s economic vibrancy in terms of trade and commerce, buyer-seller interactions, logistics, thus enabling sustainable and inclusive development.

Manipur needs this sunrise sector to take off in a big way, to make agriculture more profitable and to increase the per capita income of the state overall as more than 70 percent of State’s population is still engaged in the agricultural sector, the Minister said.

The Industry Minister stressed the necessity for developing the food processing industry in the State as Manipur has favourable agro-climatic conditions for horticultural crops. While highlighting the advantage of the inherent strength, Nemcha urged the entrepreneurs and business owners to familiarise themselves and avail the opportunities of the various government schemes under Department of Commerce and Industry, Government of Manipur.

She also informed to avail the services of Nilakuthi Food Park and other upcoming Food Parks and make use of the food labs for quality control and rent the factory spaces.

Minister Nemcha Kipgen said that the government always plays the part of enablers and facilitators in the best possible way. Government is in the process of reforming the industrial and investment policies to improve the ease of doing business in Manipur, Nemcha asserted.