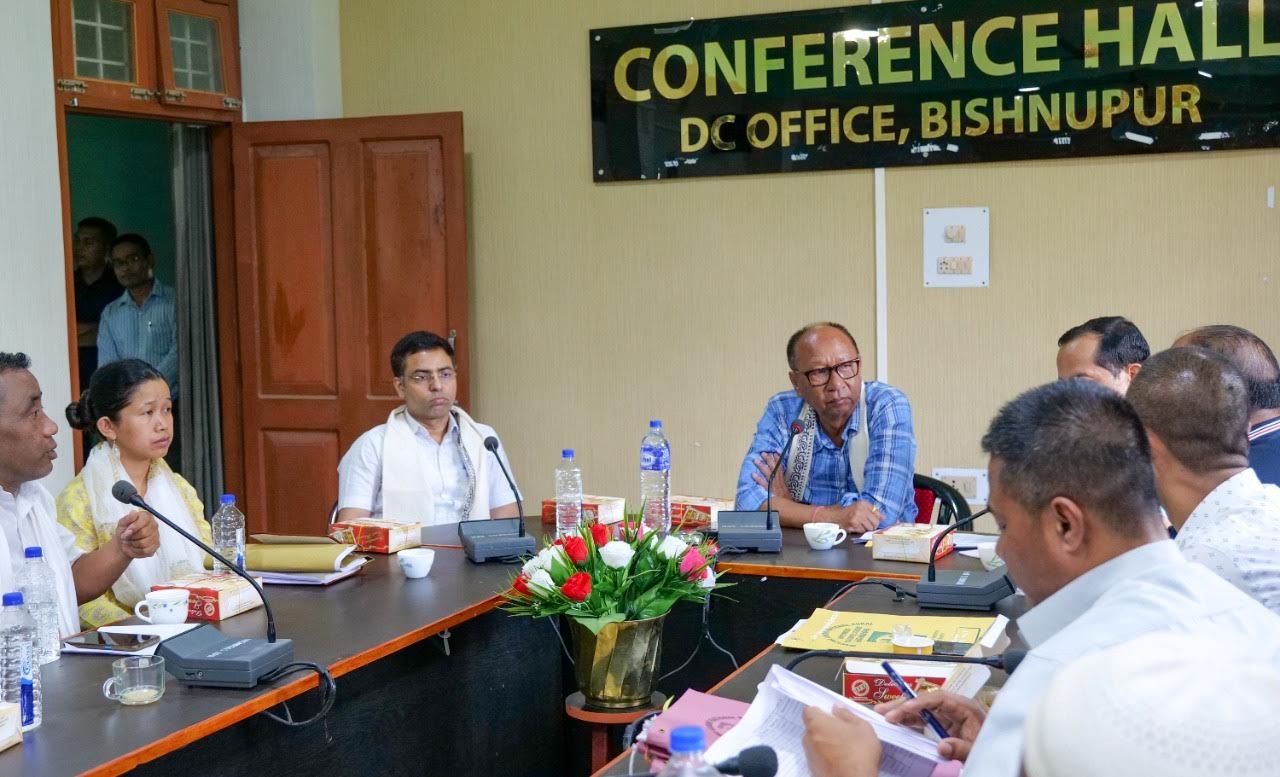 During the meeting, the officials highlighted problems and challenges before the minister and also informed him that under the Mission Amrit Sarovar the district has been assigned for the development of fifteen (15) water bodies five (5) each for the three blocks. The three blocks are Nambol, Bishnupur and Moirang. The district officials also stressed that the district has already begun using the NMMS App.

In the meeting, Y Khemchand emphasized on the importance of proper implementation and timely completion of the schemes and said that the officials and staff of the department should work to meet the targets set for the Mission Amrit Sarovar. He said that the success of the scheme lies in working together with all concerned. He also stressed on the need for implementing the real-time attendance record of the workers of MGNREGA through the NMMS App.

Mention may be made that the Prime Minister has launched Mission Amrit Sarovar on 24th April 2022 with a view to conserving water for the future. The Mission is aimed at developing and rejuvenating water bodies in each district of the country as a part of the celebration of Azadi ka Amrit Mahotsav.