The pugilist from Assam took to Twitter on Monday and alleged mental harassment saying her coach Sandhya Gurung denied entry into the games village and her training stopped 8 days before the Commonwealth Games. 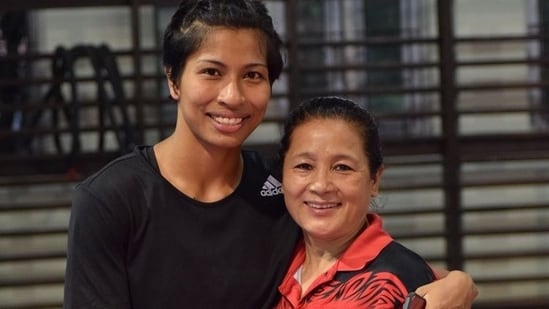 New Delhi: After Olympic medallist boxer Lovlina Borgohain’s Twitter post on Monday, where she alleged mental harassment due to the absence of her coaches, the Sports Ministry came into action and urged the Indian Olympic Association (IOA) to issue accreditation to the boxer’s coach.

In response to the Tokyo Olympic bronze medallist tweet, the Ministry of Sports and Youth Affairs said: “We have urged the Indian Olympic Association to immediately arrange for the accreditation of the coach of Lovlina Borgohain.”

The pugilist from Assam took to Twitter on Monday and alleged mental harassment saying her coach Sandhya Gurung denied entry into the games village and her training stopped 8 days before the Commonwealth Games.

“It is with a lot of sadness that I say that I have been experiencing a lot of harassment. My coaches, who helped me win a medal at the Olympics, have been removed from my training process and competition. Sandhya Gurung ji, who is also a Dronacharya awardee, is one of the coaches. This hampers my training and puts me through a lot of hardships and mental harassment,” Lovlina said in a tweet.

“Now, my coach Sandhya Gurung is out of the Commonwealth Village as she is not allowed entry and my training has been brought to a halt eight days before the Games. My other coach has also been sent back to India, despite my multiple requests.

“I don’t understand how I am supposed to focus on my game. This situation ruined my performance during the last world championships also. I don’t want this politics to ruin my Commonwealth Games too. I hope I can break through this politics and win a medal for my country,” she added.

The Indian boxing team reached the Games Village in Birmingham on Sunday night after a preparatory camp in Ireland.