Meghalaya will be among top ten states in ten years: Conrad Sangma

Sangma also claimed that in contrast to the previous years (1998-2003), when the state reeled under recurring political dissension and defection, his government has ensured robust governanceand political stability. 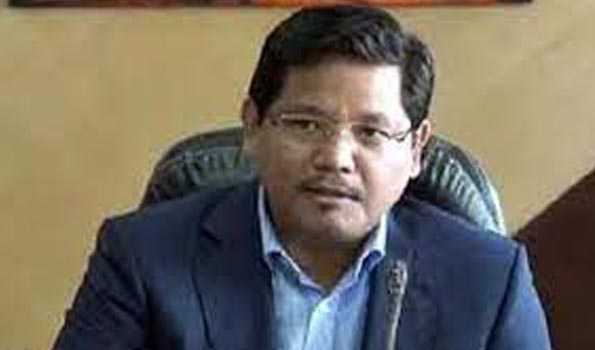 Shillong: Meghalaya Chief Minister Conrad K Sangma on Thursday claimed his government has ushered in significant progress in various sectors to place the Northeastern state on the road to become one of the top ten states in the country in the next ten years.

Citing some of the key achievements in an interview to UNI on the eve of Meghalaya’s 50th statehood day, Sangma asserted that the NPP-led government has substantially improved infrastructures in critical sectors like drinking water, education and healthcare.

Sangma also claimed that in contrast to the previous years (1998-2003), when the state reeled under recurring political dissension and defection, his government has ensured robust governanceand political stability.

“Yes, we or any other North-Eastern state, are dependent on the central government for funds and assistance to a certain degree, but we are focused to supplement that with our state capacity. Forexample, we have extended the benefits of NSAP with Chief Ministers Social Assistance Pension Scheme; we have supplemented PM Jan Arogya Yojana with our very own Megha Health Insurance Scheme.

“With all the planned interventions and programs, I am certain that Meghalaya would climb up the

ladder of various national indicators at a rapid pace. I dream of having a Meghalaya, where prosperity, facilities and nature would thrive together, and we are among the Top 10 in various spheres of life,” said Sangma, who took over as the state’s 12th Chief Minister in March, 2018.

The state has a rich biodiversity and preserves its cultural heritage, with living root bridges being one of the finest examples of the exemplary architectural skills.

“When my government took over, we observed that the state was at the bottom half of various national indicators like Human Development Index, Sustainable Development Goal rankings, as also in Ease of Doing Business. I strongly believe that we have the potential to become oneof the 10 top states in India in the next 10 years,” he said.

Meghalaya now ranks first in Reduced Inequality Sustainable Goal (SDG) in the country, and possesses a robust social institution of communities with a strong structure, which have been leveraged to successfully implement many rural development schemes.

“For MNREGS, Village Employment Councils have been created whichconstitutes every male and female head of each. We have promoted community tourism and there are now many cooperative societies in several villages of Meghalaya which constitute the locals from the village.

‘In Covid19 times, we launched Community Covid Management Teams which received accolades from WHO. We have actively promoted grassroot participation at several fronts and layers, and the results are there to be seen,” said the Chief Minister, who holds an MBA degree from Imperial College, London and is a BBA from Wharton School of Business, Pennsylvania, US.

Admitting that Meghalaya did have a history of political instability and frequent collapse of governments due to recurrent hung poll verdicts – there were four coalition governments between 1998 and 2003 – Sangma, however, said the state’s political sphere has matured over the past two decades that saw stability.

“I am hopeful that we will continue to administer the state efficiently with the support of our coalition partners. This mutual understanding has enabled us to deliver the developmental commitments to the people of Meghalaya, and embark us on a journey of accomplishments, achievements, and never-ending aspirations”.