The Speaker said he came to the decision after examining in detail all the twelve petitions filed by the petitioner Dr. Mazel Ampareen Lyngdoh of the Congress and the comments received from all the twelve TMC legislators. 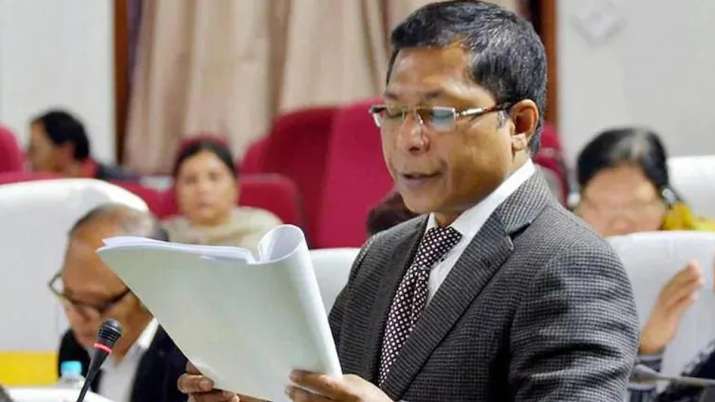 Shillong: Meghalaya Assembly Speaker Metbah Lyngdoh on Thursday accorded recognition to the merger of the 12 Congress legislators with the Trinamool Congress, while dismissing a petition of the Congress seeking their disqualification.

“After examining in detail all the 12 petitions filed by the petitioner Dr. Mazel Ampareen Lyngdoh (Congress legislator) and the comments received from all the 12 respondents (TMC legislators). I am satisfied that the merger of the twelve members of the Indian National Congress is valid as provided under paragraph 4 of the Tenth Schedule to the Constitution of India, and does not attract disqualification,” the Speaker ruled.

The Speaker said he came to the decision after examining in detail all the twelve petitions filed by the petitioner Dr. Mazel Ampareen Lyngdoh of the Congress and the comments received from all the twelve TMC legislators.

Noting that the merger of the 12 congress legislators with TMC was valid, Metbah, also dismissed the petition filed by the Congress.

“I don’t find any merit in the submissions (Congress petition)….and therefore the same is hereby dismissed,” he added.

Some of the top Congress legislators including its CLP leader and former CM, Mukul Sangma,

former Speaker of the Assembly, Charles Pyngrope and others merged with the TMC being disillusioned with the party’s vision.

before the Speaker and sought for the disqualification of the 12 rebel Congress legislators under the Tenth Schedule of the Constitution and Rule 6 of the Members of Meghalaya Legislative Assembly (Disqualification on ground of defection) Rules, 1988.

Reacting to Speaker’s recognising the merger of the 12 rebel Congress legislators with TMC, Ampareen said, “I respect his order. I will not pursue this petition forward because our campaign will take priority in 2022. The party however may have a different view on the matter. On this the State Congress President (Vincent Pala) will decide and we await his decision on the matter.”

“As a CLP we took the available space to move a petition against the desertion, this being an opportunity to object to the manner in which the exodus disclosed, hence no regret on that.

However, taking this forward would be an unnecessary diversion from the task before us,” she said.

“We still have our election platforms to continue discussion on this betrayal and at the end of the day, the public will decide and present their verdict on come election results,” Ampareen added.