Meghalaya pushes back illegal migrants from Assam and Bangladesh

“The State Government had detected 16,400 inter-state migrants without proper documents from 2018 till September 1 this year and these migrants have been pushed back to Assam,” Rymbui told the House during the Question Hour. 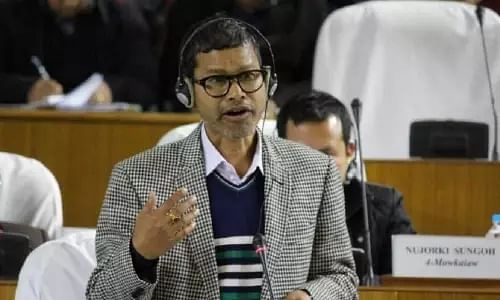 Shillong: The Meghalaya Government has detected and pushed back illegal migrants from neighbouring Assam and Bangladesh since 2018, Home Minister Lahkmen Rymbui said on Thursday.

“The State Government had detected 16,400 inter-state migrants without proper documents from 2018 till September 1 this year and these migrants have been pushed back to Assam,” Rymbui told the House during the Question Hour.

Apart from these inter-state migrants, Rymbui said the anti-infiltration branch of the police had also detected 116 illegal Bangladeshi infiltrators into the state from 2018 till August 31 this year.

He said 36 foreign nationals were detected during 2018, 18 in 2019, 37 in 2020 and 25 up to August 31 last. Out of these total illegal Bangladeshis detected, 44 are lodged in different jails of the State and 72 have been deported to Bangladesh, the Home Minister said.

Several members expressed concern over the infiltration of Bangladeshis, especially in the border areas of the State.

Congress legislator Winnerson Sangma urged the state Government to set up more infiltration posts after surveying the vulnerable areas through which such infiltration takes place.

Another Congress legislator Himalaya Muktan Shangpliang informed the House that “hoards of Bangladeshis” infiltrate into Indian Territory and steal crops and cattle regularly and urged the home department to strengthen its vigil.

“They (Bangladeshis) come with daggers and other weapons and their mode of operation is so swift that immediately they will climb and cut and move away. Therefore, we need police protection and I have justified my claims that the infiltration camp at Hat Mawdon should be upgraded to a police outpost,” he said.

To this, the Home Minister said that the government will examine the need for setting up a police outpost at Hat Mawdon. Lone Nationalist Congress Party legislator, Saleng Sangma of the ruling alliance also cautioned against possible infiltration of Rohingyas from the neighbouring country into Meghalaya.

“We need to be vigilant over the presence of Rohingya refugees in Bangladesh who might attempt to illegally enter India through the porous border,” Saleng said.