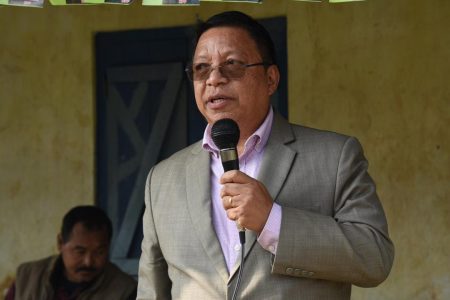 Shillong: A woman has lodged an FIR against a Meghalaya legislator of the ruling National People’s Party (NPP), Thomas Sangma accusing him of rape.

Sangma is also the Advisor to Chief Minister Conrad Sangma.

“An FIR was filed this evening against the NPP legislator accusing him of rape by a woman,” Superintendent of Police, East Khasi Hills district, Sylvester Nongtnger told UNI.

The police official said investigation into the matter is on and police will register a case against the legislator based on the FIR.

The woman claimed that the NPP legislator had been “raping her on the pretext of getting married from January 2020 till 17 April 2021.”

UNI was unable to reach the NPP legislator for comment.