Meghalaya lays emphasis on ‘forestation’ in coal mine areas

Environment Minister James PK Sangma said that the department was looking at restoration and cleaning of two stretches of rivers in East Jaintia Hills district, which are polluted due to unscientific coal mining. 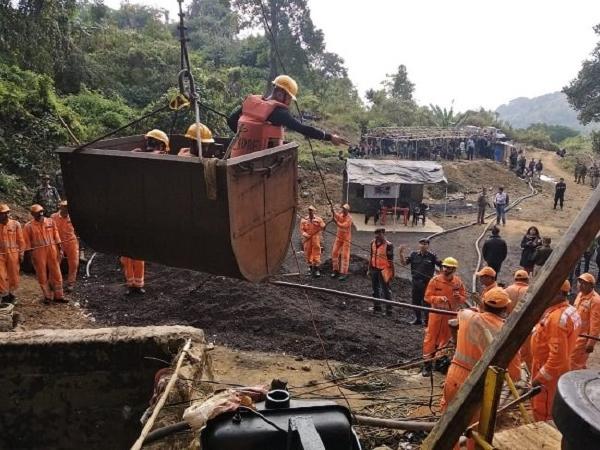 Shillong: The Meghalaya Government has stressed on ‘forestation’ of the coal mining areas in the State, with Forest and Environment Minister James PK Sangma saying on the occasion of World Environment Day on Saturday that the department was looking at restoration and cleaning of two stretches of rivers in East Jaintia Hills district, which are polluted due to unscientific coal mining.

The forest minister’s statement, made during a virtual meet, which, Chief Minister Conrad K Sangma also participated in, assumes significance in the wake of frequent disasters in unscientific and illegal rat-hole coal mines in the district, the recent being the case of five migrant miners, who are yet to be rescued from a flooded and abandoned pit.

Observing that the theme of the World Environment Day this year was very apt for Meghalaya, James said, “With forest and nature so embedded in our culture and livelihood, agriculture and life so closely tied to climate change impacts and forest related sectors, we have to recast our lens on Meghalaya as a forest economy”.

He added that economic opportunities out of the green and climate action and conservation, besides climate finance, climate budgeting, conservation related livelihoods and incentivized green action like eco-tourism were what the State needs.

“We at the forest and environment department are already formulating many proposals to create a path breaking template of environment leadership,” the minister said, adding that various forestation projects were underway in the “coal mining affected areas” in the State.

In his address, Chief Minister Sangma said, “All need to accept that climate change is happening and it will affect everyone,” adding that the adaptation to climate change was going to be a “very critical part for policy makers” at the highest level.

“Different forms of adaptation to the environment and the ecosystem, figuring out policies, creating infrastructure and investing to ensure that people adapt to the changing ecosystem are very critical not only for the government but the people as well,” he said.

Observing that the “biggest responsibility in making a difference lies with an individual”, Conrad appealed to all to take “small yet significant steps towards the environment”.

The Chief Minister also pledged and called upon all to bring about 500 more square kilometres of forest cover in the State in the next few years.

Soil and Water Conservation Minister, Hamletson Dohling pointed out that Meghalaya has a “huge biodiversity” and called upon all the citizens to come together in conserving the natural resources and the ecosystem.

Chief Secretary M S Rao said that keeping in mind the theme of the World Environment Day 2021, ‘Ecosystem Restoration’ the celebration in the State highlights the ecological concerns of Meghalaya and also the success of some villages in restoring the ecosystem.