The wildlife exotic animals were found from a Guwahati-bound vehicle which started its journey from Mizoram. 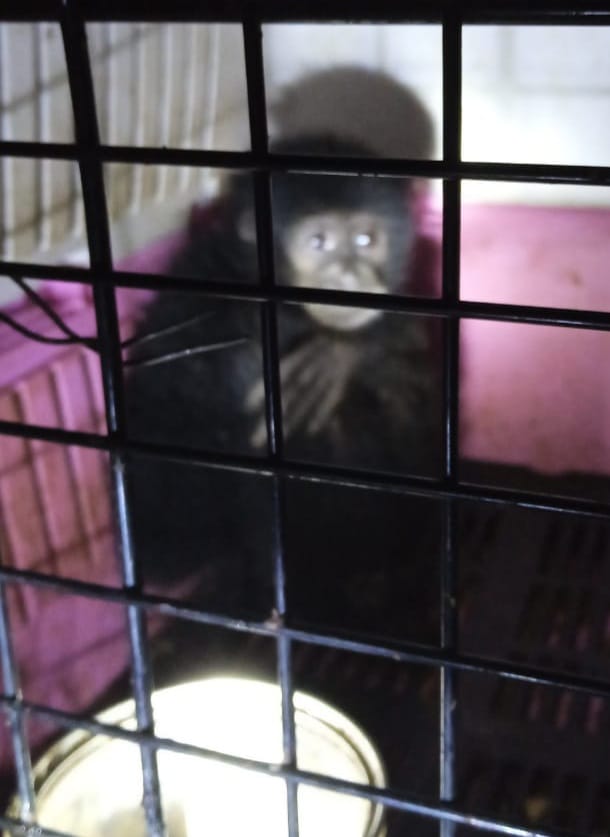 Acting on a tip-off, the police intercepted a vehicle at 8th mile in West Jaintia Hills district on Friday night and found two Hoolock gibbon, two Grey Langur, a Great Indian Hornbill, a Phayre’s leaf monkey and an Otter inside the Guwahati-bound vehicle which started its journey from Mizoram.

“The police rescued the endangered exotic wildlife species from a vehicle bearing registration no. ML-11-0661. The animals have been handed over to the Wildlife Division Jowai in the district, Bikram D. Marak, the district police chief of West Jaintia Hills, said.

He said the driver of the vehicle identified as Kormola Bru of Mizoram and another occupant of the vehicle have been arrested by the wildlife officials.

“We are investigating how the animals were brought to the state,” Divisional Forest Officer, Jaintia Hills (Wildlife) Division, Jowai said, adding that the animals are “healthy and safe”.

Meanwhile, police have registered a case under Schedule 1 and 2 of the Wild Life Protection Act & International Union for Conservation of Nature (IUCN) Red list.