He said that through the different initiatives of the Government, farmers and entrepreneurs have been linked to markets - nationally and globally. 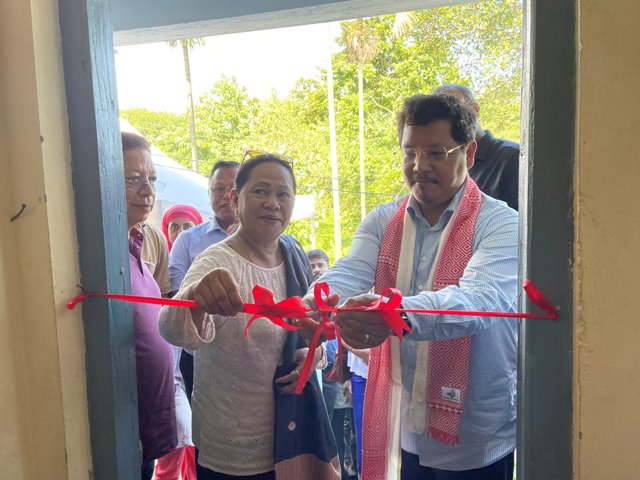 Ampati: Meghalaya Chief Minister Conrad Sangma on Thursday said that over Rs 1000 crore has been disbursed to farming communities in the State through different welfare schemes including Farmer’s Collectivisation for Upscaling Production and Marketing Systems (FOCUS) programme in the last four years.

FOCUS programme, a flagship initiative of the state government to improve the overall farming activities, farmers’ long-term income, and marketing linkages, as well as ensuring that the state’s agri- and Horti-products are promoted and marketed to their full potential.

Noting that FOCUS being the biggest welfare programme for the benefit of 4.5 lakh farmers, the Chief Minister said that the government has realised the importance of the programme and has decided to provide additional direct transfer of Rs. 5000 each as family benefit to every farming household in the State through FOCUS + programme.

He said that through the FOCUS programme close to 18000 producer groups have been formed across the State and more such groups are being formed and 2.5 lakh farmer families have reaped the benefits of the scheme.

The Chief Minister said that the farming communities in the State are very upbeat about the programme, which made the Government launch FOCUS + programme.

Addressing the gathering at Ampati in South West Garo Hills district, Sangma said that the success of the FOCUS programme and positive feedback from beneficiaries has prompted the Government to launched FOCUS + to further provide additional Rs. 5000 to each farming individual directly to their account.

Further, the Chief Minister said that through programmes like Northeast Food Show that is being organised annually in Shillong, the State government has been able to promote and showcase different products of the farming communities and those of the entrepreneurs.

He said that through the different initiatives of the Government, farmers and entrepreneurs have been linked to markets – nationally and globally.

During the launch of FOCUS + at Betasing in South West Garo Hills today, the Chief Minister along with Government Chief Whip Marcuise Marak and advisor to Chief Minister Thomas A Sangma and other MDCs handed over cheques amounting to 22.95 lakhs to 40 Producer Groups.

FOCUS, originally launched in March 2021, has benefitted 2.5 lakh farmers till date. It was launched to boost agri-economic activities by collectivization of Producer Groups to farm and non-farm produce.

Under FOCUS+, households would be provided with a FOCUS+ card as an Identification and cash transfer of Rs.5,000 – as family benefit. Individuals would need to get registered under a producer group to avail the benefit. This is an additional benefit over Rs.5,000 to the producer group account from the FOCUS scheme.