Chief Minister Conrad Sangma informed that five companies of paramilitary forces are being rushed in after he had a telephonic conversation with Union Home Minister Amit Shah about the law and order situation here. 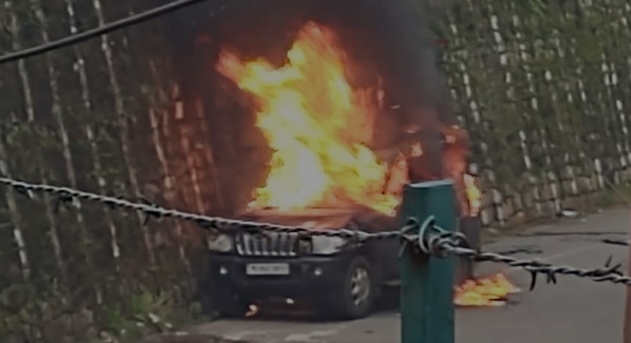 Chief Minister Conrad Sangma informed that five companies of paramilitary forces are being rushed in after he had a telephonic conversation with Union Home Minister Amit Shah about the law and order situation here.

“Three companies from the CRPF and 2 from the BSF are being requisitioned. Out of these, two companies of the CRPF have already arrived in the state to control the law and order situation,” he said.

Sangma appealed for peace and said people should desist from violence and urged those who have snatched away the weapons of the police officials to return them or else strict action would be taken.

The situation in the State capital remained peaceful a day after violent protests against the death of a surrendered Hynniewtrep National Liberation Council (HNLC) militant leader Cheristerfield Thangkhiew, who was gunned down in “self defence” by the police at his residence at Mawlai, Kynton Masar on Friday morning.

Several pressure groups have the accused the police of “killing” the former militant leader in a “fake encounter”, even as family members of the victim termed it as “cold-blooded murder”.

However, the State police said that the raid was conducted at Thangkhiew’s residence based on “credible and tangible evidence” of his involvement in the IED blasts in East Jaintia Hills district and in the Laitumkhrah market in Shillong.

“The situation is normal but we are still keeping a close watch in the entire State capital. There have been no reports of any fresh incident during the whole day,” Superintendent of Police, East Khasi Hills district, Sylvester Nongtnger said.

In her order, the Deputy Commissioner also prohibited any public movement, gathering of people, public meeting or rally and offices, shops and establishments, and all educational institutions will remain closed during the period of curfew.

However, Medical emergencies, COVID-19 and hospital duty, officers and staff of DIPR, municipal essential services, MeECL maintenance and grid operations, Press and Media (with valid Passes issued by DIPR) and pharmacies have been exempted from the curfew.