Meghalaya CM should fight corruption instead of playing the role of BJP spokesperson, says BJP chief

“I thought Sangma is the national president of the National People’s Party, but the way he gave his statement showed that he is like the spokesperson of the BJP. His statement shows his nervousness,” Mawrie told UNI. 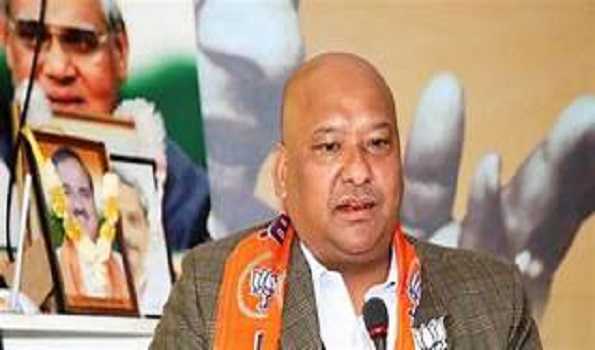 “I thought Sangma is the national president of the National People’s Party, but the way he gave his statement showed that he is like the spokesperson of the BJP. His statement shows his nervousness,” Mawrie told UNI.

The BJP president was reacting to reports of Sangma saying that BJP leaders are in favour of Mawrie’s removal as president of the saffron party in the State.

“The Chief Minister is upset because we continue to raise corruption issues which are plaguing the State and that is the reason he (Sangma) is making such a nervous statement. He is nervous as we are continuously raising up issues of corruption in the present government,” Mawrie said.

“As a political party and as a responsible person, we are concerned about the welfare of the State. We will point out corruption issues be it in illegal coal mining and transportation of coal and others,” he said.

Reiterating that the BJP is for “zero corruption,” Mawrie asked if there is no corruption in the government then why isn’t the Chief Minister convening the Meghalaya Democratic Alliance meeting.

“Why the Chief Minister failed to convene an MDA meeting to discuss the issue that we have been raising from time to time. Is it because he is afraid to discuss these issues brought by us openly,” the BJP leader said.

The BJP is part of the ruling MDA government led by the National people’s Party of which Sangma is the party president. The BJP has two legislators AL Hek (Cabinet Minister) and Sanbor Shullai supporting the government.

Asked if the two BJP legislators and his party members are in favour of his removal as president of the State BJP, Mawrie said, “None of the party members or the two legislators is seeking for my removal. We are all united to fight against corruption and want a clean government.”

Moreover, he said the senior party leaders at the centre are fully aware of what is happening in the State.

“They also have their source of information not necessarily that it is only from us but they also get independent reports on the day-to-day affairs of the state,” Mawrie added.