Incidentally, some NGOs, including the Khasi Student's Union and Thma U Rangli (TUR) here have raised questions against Continentals Milkose Ltd about 10 years ago for corrupt practices. 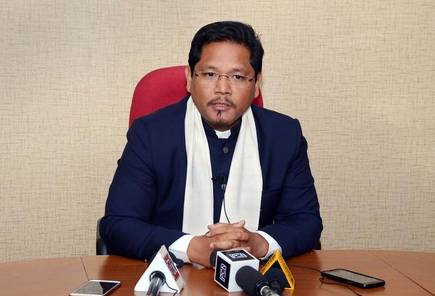 Shillong: Meghalaya Chief Minister, Conrad Sangma on Tuesday said that reports of one lakh bags of rice, ostensibly meant for the state that were lying in a warehouse in Assam and were seized by police was not correct, even as he urged the media to carry out research before coming out with “such stories”.

Incidentally, some NGOs, including the Khasi Student’s Union and Thma U Rangli (TUR) here have raised questions against Continentals Milkose Ltd about 10 years ago for corrupt practices.

They have also been demanding that locally available nutritious food be supplied under the SNP programme.

However, the Chief Minister rubbished media reports and the reports were “incorrect” aand further claimed that there were 1604 MT which only account for 33,000 bags.

“Therefore, to avoid this kind of embarrassment, I would urge the press and other organizations to kindly ensure proper research is done before such stories come out in the news as there is no base of any kind of scam that is mentioned as everything that is done is being done as per the rules, norms and also as per the quality required by Government of India,” he said .

Further, the Chief Minister also clarified that these micro nutrients energy dense fortified food is a mixture of different kind of ingredients and rice is also part of that ingredient.

“This rice is also sourced from the FCI. So there is nothing incorrect that this FCI rice was found. It is sourced from FCI and after this is processed and packed and given to the children,” Sangma said.

The Chief Minister also informed that these micro nutrients energy dense fortified food is regularly tested even as he informed that the Company has been supplying to the State for the last 20 years.

Principal Secretary, Social Welfare department Sampath Kumar informed that the State government have not yet received any report on the seized rice from Assam police.

“We will be following up. We have also asked for clarification from the particular manufacturer whether there is any fact in that,” Kumar added.