The Chief Minister said that under the FOCUS programme, the state government has earmarked Rs 220 crore, which will benefit 4.5 lakh farmers. 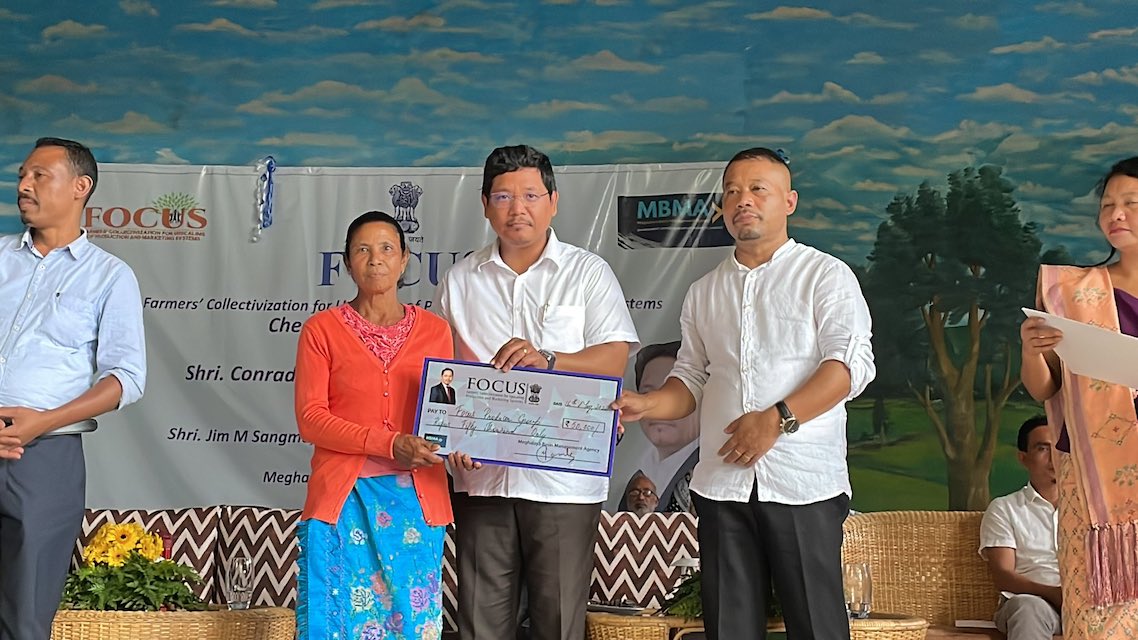 Tura: Meghalaya Chief Minister Conrad K Sangma is on a mission to popularise farmers collectivisation programme called Farmers Collectivization for Upscaling Production and Marketing System (FOCUS) and he has been touring different parts of the state to interact with farmers at the grassroots to create awareness on the programme, which is one of the biggest farmers’ welfare programmes in the entire Northeast.

Speaking at an interaction programme with the farmers in Rongjeng, East Garo Hills on Monday, the Chief Minister said that under the FOCUS programme, the state government has earmarked Rs 220 crore, which will benefit 4.5 lakh farmers.

He said the innovative programme was conceptualised by the state government to ensure that the farmers affected during the Covid-19 pandemic could avail the financial assistance to restart their farming activities.

Under the programme, the farmers were mandated to form Producer Groups, comprising 10-20 members. The Producer Groups (PGs) are given financial assistance based on the strength of the group at the rate of Rs 5000 per member.

On a misconception in some parts of Rongjeng that the FOCUS funds were loans, the Chief Minister said, “The funds released under FOCUS are not any loan, but assistance from the Government. Farmers should not get confused, and avail the assistance that is being extended by the Government”.

He also took the opportunity to inform the gathering that more than Rs 1000 crore is being invested in the state through various farmers welfare initiatives – milk mission, piggery mission, poultry mission, ginger mission and goatery.

He said the FOCUS programme, which was launched a year ago, has benefitted farmers across the state and added that the ryots have been availing the funds to restart their farming activities.
UNI RRK RJ