The scheme is envisaged to provide adequate water supply to Baghmara town and 16 neighbouring villages. 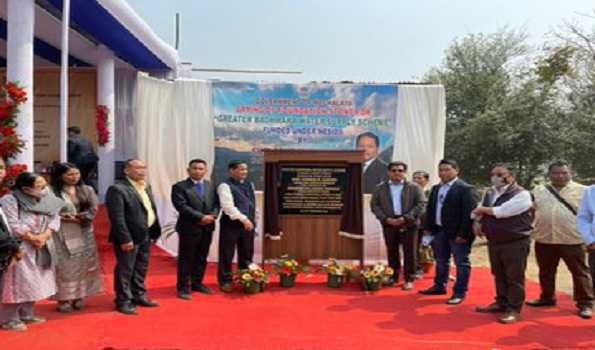 Shillong: Meghalaya Chief Minister, Conrad K. Sangma on Wednesday laid the foundation for the Greater Baghmara Water Supply Project at South Garo Hills District, which has been jointly funded through Central and State share, including the Union Ministry of DoNER at an estimated cost of Rs 6,350 lakh crore.

The scheme is envisaged to provide adequate water supply to Baghmara town and 16 neighbouring villages.

With the source for the Scheme being the Rongdong stream, the scheme intends to cover the present population of 25676 and an ultimate population of 63335. The number of households proposed to be covered by the Project area is 2340.

Agartala: A three-member Congress parliamentary delegation led by the leader of the opposition in Lok Sabha Adhir Ranjan Choudhury...
Meghalaya