He said the commission will also have to produce concrete solutions and strategic recommendations to usher in reforms in the education system from the perspective of National Education Policy 2020. 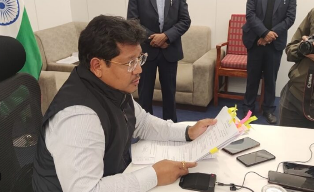 Shillong: The Meghalaya cabinet has constituted the Meghalaya State Education Commission (MSEC) to advise the government on matters relating to schools and colleges, an issue that has caused a fair amount of distress, especially in terms of salaries, of late.

The four-member commission, comprising one chairperson, two advisors and one secretary, will give advice on the running of educational institutions, their structures, salaries, management functioning and accountability, an official said on Thursday.

He said the commission will also have to produce concrete solutions and strategic recommendations to usher in reforms in the education system from the perspective of National Education Policy 2020.

“The MSEC will also look at the establishment of an effective mechanism to ensure pay parity for different categories of teachers and the way forward in issues pertaining to teachers under SSA, rationalization of schools, especially those that are unviable or are surplus, have low or zero enrollment and single teacher schools,” he said, adding that it will also look into problems relating to the availability of language teachers, especially in border areas.

Meanwhile, the cabinet has also approved to provide pension benefits to 3,635 employees who were earlier employed on an ad hoc basis but were regularised on March 15 this year.

This is in keeping with a Supreme Court ruling that employees who were hired before December 31, 2007, on an ad hoc basis, but against a sanctioned post, will be regularized.

Meanwhile, the government has also decided to increase the guarantee amount for loans to physically challenged individuals from Rs 1 crore to Rs 4 crore.

The government will guarantee this higher amount in favour of the National Handicap Finance Development Corporation. People with disabilities are able to take out loans from this corporation that are guaranteed by the state government.

In the interest of the disabled, the government has decided to increase the amount it is willing to guarantee.