The approval is significant after the Meghalaya High Court stayed all recruitment processes until the state government puts a roster system in place. 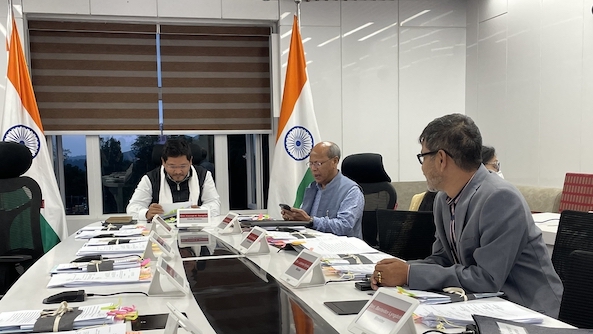 Shillong: The Meghalaya Cabinet on Tuesday approved the roster system for implementation of the reservation policy in ‘letter and spirit’.

The approval is significant after the Meghalaya High Court stayed all recruitment processes until the state government puts a roster system in place.

“We have finally approved the roster system. The roster system will ensure that the reservation policy is implemented in letter and spirit,” Chief Minister Conrad K Sangma said.

He said the government will submit its affidavit before the Meghalaya High Court during the hearing to be held on Wednesday.

“So let’s see how things go but the important part is the cabinet has passed the roster system so now we will take things forward,” the Chief Minister said.

Noting that the state government had already put in place a roster system for implementing the 4 per cent reservation for Persons with Disabilities (PwDs) in the state, Sangma said, “With the roster system coming in supposed there are ten posts then of course there will be no reservation for the physically challenged and again next if there are 15 posts that have come out for recruitment then the 15th post will go to the physically challenged.”