The police, however, has made several breakthroughs by nabbing those persons who were involved in the bomb blast and for planting the IED bomb at NPP’s office. 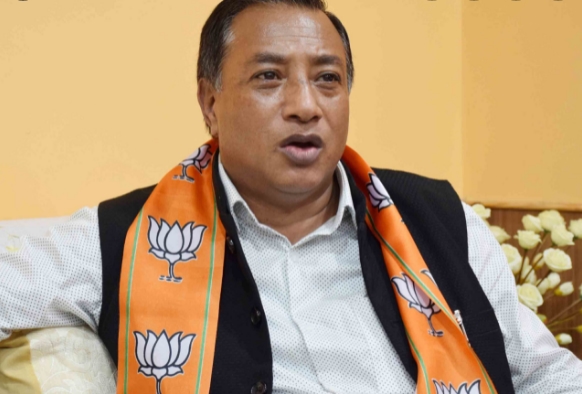 “I am willing to mediate between the government and the HNLC provided that HNLC asked me in writing about their willingness to hold talks with the central government,” Hek said.

“If they (HNLC) request me to initiate steps. I will even raise the matter of holding peace talks with the HNLC in the BJP’s national executive meeting to be held on November 7,” the senior BJP legislator stated.

Over the past months, the outlawed HNLC has triggered IED bombs and recently planted an IED bomb in front of the ruling National People’s Party headquarters in the State capital.

The party has also served extortion demands from politicians and businessmen through WhatsApp messages.

The police, however, has made several breakthroughs by nabbing those persons who were involved in the bomb blast and for planting the IED bomb at NPP’s office.

The HNLC, which runs hit-and-run operations from its hideout in Bangladesh, had on December 2019 said it was ready for peace talks even within the ambit of the Constitution of India to regain the respect and recognition as a “nation”.

Meghalaya shares a 443-km long border with Bangladesh, part of which is porous, hilly and unfenced and prone to frequent infiltrations.

Mawrie had also said the party wanted the Meghalaya Democratic Alliance (MDA) government, of which the BJP is one of the alliance partners, to invite the militant outfit for talks.