Speaking to the media, the DC said: "Meeyamgi Numit " was held to meet the grievances of the people living in the village and far-flung areas. 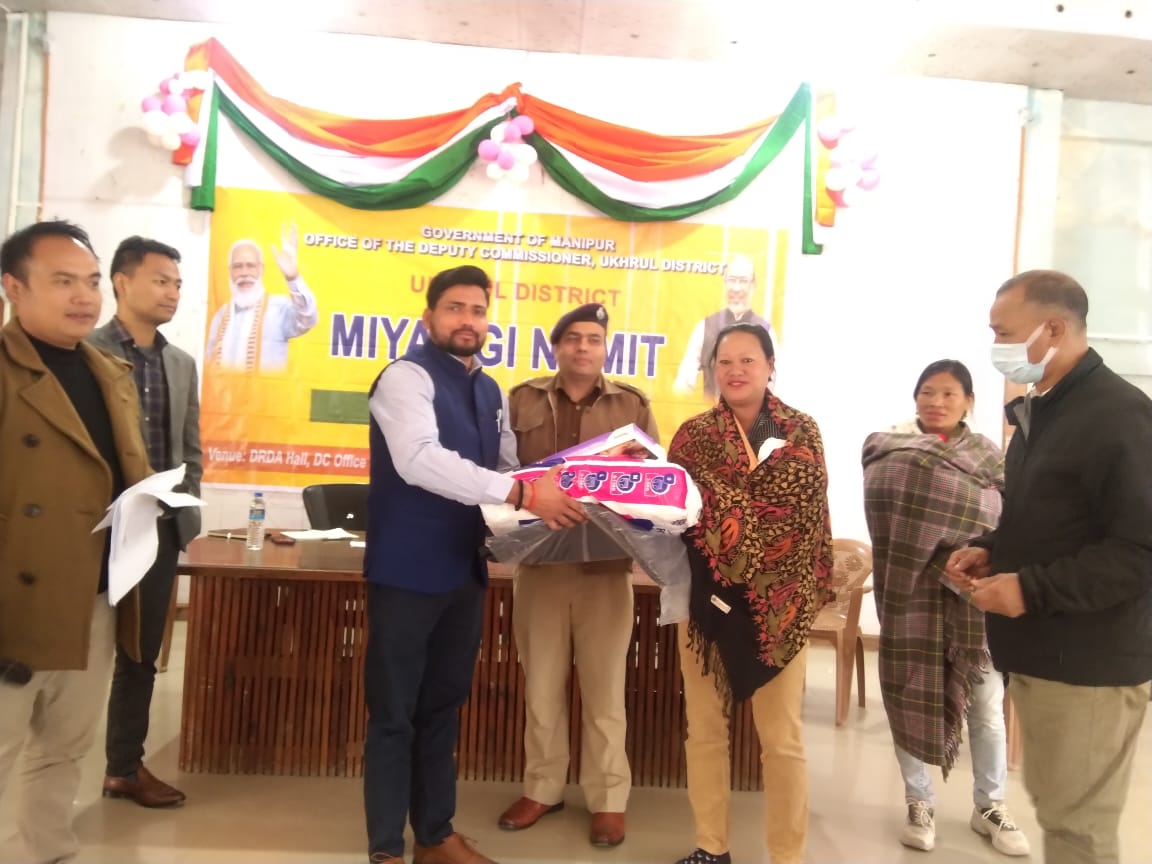 Thoubal/Ukhrul: “Meeyamgi Numit” (People’s Day) was successfully organised by the District Administration Thoubal  Friday at the Counting Hall of the Deputy Commissioner’s Office Complex for the month of November. As in the preceding months, Deputy Commissioner, Thoubal, A. Subhash Singh, heard various grievances and demands of the public personally.

The Deputy Commissioner also distributed CMHT cards to two beneficiaries. Around 109 written applications were received today relating to different schemes including 28 applications for CMHT cards, 37 application for old age &12 for Widow pension cards and grievances related to other departments like PHED, Police among others.

Twenty (20) stalls of different departments were opened to meet the demand of the public including Police, CMO, ICDS, ZEO, MSPDCL, Veterinary, Agriculture and Fishery.

SP Thoubal, Jogeshchandra Haobijam; CMO Thoubal, Dr.Y.Nokul; all Sub- Divisional Officers; and other District level Officers of different departments attended the programme to address the grievances of the general public.

During the programme, each applicant’s grievances were heard by Deputy Commissioner, Ukhrul. Krishna Kumar in the presence of CEO, Peter Kashungnao, ADM Chunglenmang and DFO Shanngam.  After consultations, applicants were later sent to the department heads for resolution.

In the event, the DC of Ukhrul distributed baby kits to 6 female children and their mothers under the initiative program of Beti Bachao Beti Padhao. The Department of Consumer Affairs, Food & Public Distribution gave out 5 kg of rice each to 4 persons of ONORC. Further, The District Horticulture & Soil Conservations distributed Drip & Sprinklers & Equipment to three beneficiaries.

Out of 120 public in attendance, 40 local/ villages were registered and 69 applications/ grievances were received. The district administration will hold its next program on the third Friday of December.