The Chief Minister said in the current times, the media is omnipresent. Its presence is massive, and the amount of information it directs at people is mind-boggling. 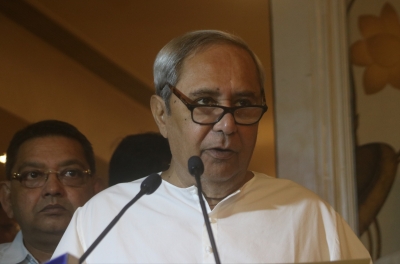 Bhubaneswar: Every responsible media house needs to focus on real issues of the people rather than run after frivolous things, Odisha Chief Minister Naveen Patnaik said on Saturday.

Addressing the annual function of the Prameya Odia daily here, Patnaik said it was really a difficult time both for the news presenters and consumers adding that holding on to the roots of media ethics, search for truth and promoting democratic values can show the right direction.

The Chief Minister said in the current times, the media is omnipresent. Its presence is massive, and the amount of information it directs at people is mind-boggling.

Odisha, he said, was making massive strides in the development front with visible transformation in many sectors.

In the recently held Make-in-Odisha-3.0, the Chief Minister said the state received investment intent of a humongous Rs 10.5 lakh crore with a potential to create over 10 lakh jobs.

This will have an multiplier effect on economy too, Patnaik said and sought the support of people from every sector of society including the media.