The MCMC Solan took cognisance of a news item on October 18, which was about the election campaign of the BJP candidate. 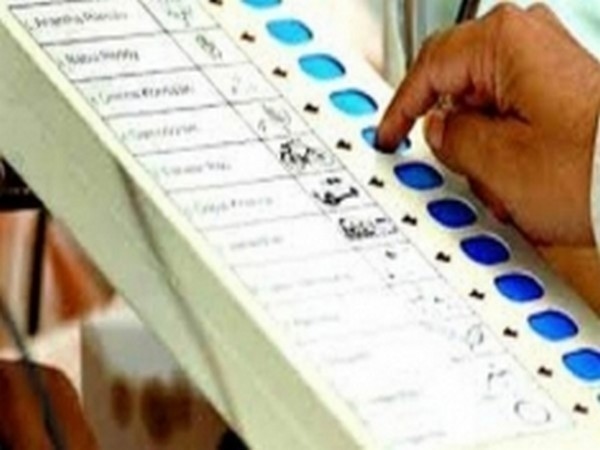 Shimla: Media Certification and Monitoring Committee (MCMC) has traced a case of paid news on the basis of news items that appeared in favour of Ratan Pal BJP candidate of Arki assembly constituency in Himachal Pradesh.

The MCMC Solan took cognisance of a news item on October 18, which was about the election campaign of the BJP candidate.

Committee found similar news items having similar photographs in four newspapers. A notice was issued to Pal on October 21, 2021.

The notice said the same contents of news appearing in various papers is self-explanatory of it being paid news and is a clear cut violation of the Model Code of Conduct.

A show-cause notice was also issued to the party candidate as to why action should not be taken under Section 77 (1) of the RP Act, 1951.

The notice said Ratan Singh Pal should be given an opportunity to explain his stand on the above-mentioned news within 48 hours from the receipt of this notice, failing which the decision of MCMC will be final without any further reference to him .

In reply to Returning Officer-cum-SDM Arki, BJP candidate election agent Harish Kaushal on October 23 denied of charge stating that the notice was wrong and false.

“We have not violated any condition of Model Code of Conduct as imposed by Election Commission of India and by your good office,” he added.

The party, however, accepted that Mangal Pandey has visited Arki Vidhan Sabha as mentioned in the news item and he campaigned in favour of the party candidate.

Mangal Pandey is a national leader of BJP and he was the youngest state president of Bihar BJP and remained in charge of BJP HP for five years and presently he is Health Minister of Bihar government .

“He had addressed some meetings during his visit as per his tour programme, which was published in many newspapers and his entire tour was covered by the media but neither candidate nor any of candidate’s agent ever approach and asked any newspaper as mentioned by you to publish any content news as alleged,” Kaushal said.

“The candidate had not violated any MCC and the allegation is unfair, derogatory and defamatory that it was paid news. This is wild imagination devoid of any evidence. We reserve the right to defend the defamatory allegation in a court of law,” he said in reply to notice.

The BJP agent also said the contents and photographs are different in different newspapers as such it appears that someone is either biased or have inspired against BJP Candidate.

The party has demanded to withdraw the notice.
After receiving the reply on October 27, a meeting of District Level Media Certification and Monitoring Committee was held under the chairmanship of District Election Officer and Deputy Commissioner, Solan, Krutika Kulhari, in which members of the committee SDM Arki Ajay Kumar Yadav, correspondent of Doordarshan and All India Radio, Solan Laxmidutt Sharma, Editor Himalayan Dawn Baldev Chauhan, District Public Relation Officer Hemant Vats, read the reply of election agent of Ratna Singh Pal candidate .

On scrutiny of the reply received by the candidate in the meeting, the committee found that no such fact or information has been given in this answer to prove that the concerned news is not paid news.

Therefore, the Committee, on re-examination of the candidate’s election agent’s reply and newspapers, found that the above news comes under the category of paid news.

Committee found that similar photographs were published in Dainik Jagran, Dainik Savera and Amar Ujala newspapers on the same day and the headline of the news published in Himachal Dastak and Dainik Jagran newspaper is literally the same. All the news are almost the same, the committee.

A meeting was convened by District Election Officer and Chairman Media Certification and Monitoring Committee at Solan on October 28 in the context of paid news.
During the meeting, District Level Media Certification and Monitoring Committee made the scrutiny reply received on behalf of the candidate and it was found that no such fact has been presented in the reply given by the election agent of the candidate, which excludes that news from the category of paid news. Therefore, keeping this news in the category of paid news, the committee decided to take further action.

Now committee kept the news in the category of paid news and the District Level Media Certification and Monitoring Committee informed the Returning Officer Arki for further action.

Further action on the paid news is expected as per the People Representative Act.