Sangma said he would summon an MDA meeting to discuss the presidential election at an appropriate time. 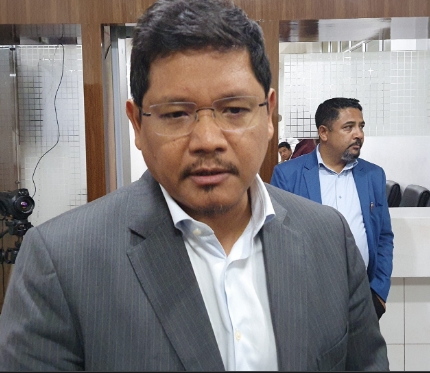 Shillong: Meghalaya Chief Minister Conrad K Sangma on Monday said he would soon convene a meeting of the ruling Meghalaya Democratic Alliance (MDA) to take a collective decision on the presidential election.

Sangma, whose party, the National People’s Party (NPP) is leading the MDA coalition had already announced its support for the BJP-led NDA’s presidential candidate Droupadi Murmu, who is likely to be the first tribal leader and the second woman to occupy the post.

The former Jharkhand Governor on Friday filed her nomination papers for the July 18, presidential election, with Prime Minister Narendra Modi handing over the set of papers to Returning Officer P.C. Mody.

Sangma said he would summon an MDA meeting to discuss the presidential election at an appropriate time.

“I have already spoken to almost all the coalition partners and I have requested them and I told them (coalition partners) that I am going on behalf of the NPP as its president to sign (the proposal) but I do hope that the support of your party will also be there and in an appropriate time, I will call a meeting,” Sangma, who is also the national president of the NPP, said.

The UDP, which is a key ally in the NPP-led MDA government has also offered to back up Murmu in the coming presidential election.