"The search operation is on, but so far we are yet to make a breakthrough. It will take some time. I am sure with our surveillance, we should get them soon," Assam Rifles Chief Lieutenant General Pradeep Chandran Nair told UNI. 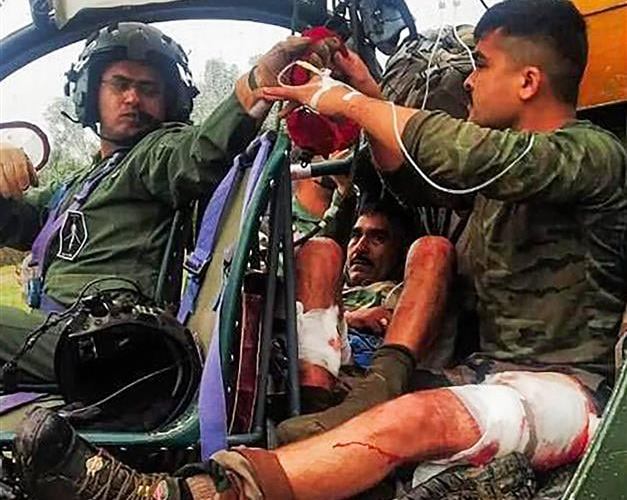 Shillong: A massive search operation has been launched in Manipur’s Churchandpur district, bordering Myanmar, to track down militants involved in the killing of five Assam Rifles troopers, Commanding Officer of 46 Assam Rifles battalion, his wife and their eight-year-old son on Saturday morning.

“The search operation is on, but so far we are yet to make a breakthrough. It will take some time. I am sure with our surveillance, we should get them soon,” Assam Rifles Chief Lieutenant General Pradeep Chandran Nair told UNI.

He said additional forces have been rushed to the area to assist in the operation.

Asked if the militants involved in the ambush have been identified, the Assam Rifles Chief said, “It is too early come to any conclusion, as of now we are just guessing it could be valley (Imphal)-based militant groups as there are militant camps around 8-10 km across the border (Myanmar territory), who are aware of the area and might have waited for the moment.”

Colonel Viplav Tripathi, Commanding Officer of 46 Assam Rifles, was ambushed in remote Thinghat village under Singhat sub-division of Churchandpur district, while he was returning to the Battalion headquarters, following a visit on Friday to a company base in Behiang.

Four other troopers were also seriously injured in the ambush. The intelligence officials suspect that the hit-and-run attack was carried out by Valley-based insurgent groups, either by People’s Revolutionary Party of Kangleipak (PREPAK) or People’s Liberation Army (PLA).

Saturday’s attack is one of the worst on security forces after 18 soldiers of the 6 Dogra Regiment were killed in an ambush at Chandel district in June, 2015.

Army officials said that this is for the first time in the recent past that the family of a serving Army officer has been targeted in an attack.

Assam Rifles, the oldest paramilitary force in the country, has the twin responsibility of guarding the treacherous India-Myanmar border and also conducting counter-insurgency operations in Manipur, Arunachal Pradesh, Assam and Nagaland.

Assam Rifles has 46 battalions, 15 of which are deployed along the India-Myanmar border.