Many misinterpreted BJP as reincarnation of AGP in 2016 polls: Himanta

"The 2016 manifesto for Assam was misinterpreted in many ways. This time we are working to ensure that there is not an iota of doubt," he said. 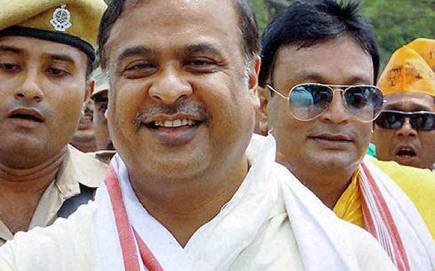 Guwahati: Assam Minister Dr Himanta Biswa Sarma on Thursday maintained that BJP’s election manifesto for 2016 Assam State polls was misinterpreted, which led many to view the party as a ‘reincarnation of 1985 AGP’.

“The 2016 manifesto for Assam was misinterpreted in many ways. This time we are working to ensure that there is not an iota of doubt,” he said.

He stressed that BJP’s promises at the state level have to be seen in the context of his stand at the national level for a comprehensive understanding.

He said, “We want to rectify certain views that people got from our 2016 manifesto. Many thought we are similar to the regional parties, which is not the case. But it was not our intention to mislead anyone.”

“Many read it as a reincarnation of AGP,” Dr Sarma said, referring to the BJP’s ally Asom Gana Parishad, a regional party, in the state government.

The influential minister further said those who understand BJP’s definition of India do not have a problem with comprehending it’s manifesto.

He said, “India as an entity did not start in 1947. It started 6000 years ago. Those who believe it, they understand our stance.”

Affirming that Hindus have a right over India, Dr Sarma said, “As a Hindu, I see all other Hindus as my own. Those who believe Bharat as their motherland are our own, though he may be practising Islam or Christianity. Hindu is a civilisation, not just a religion.”

Defending BJP’s support for Citizenship (Amendment) Act (CAA), he said when the rules for implementing the Act will be out, it will ‘strike a balance between protecting the interests of Assam and interests of Hindus’.

He was speaking at the release of his latest book, ‘Sopunor Pom Khedi’ (Chasing a Dream), which is a compilation of 25 of his speeches delivered on different occasions in the last five years. With agency inputs