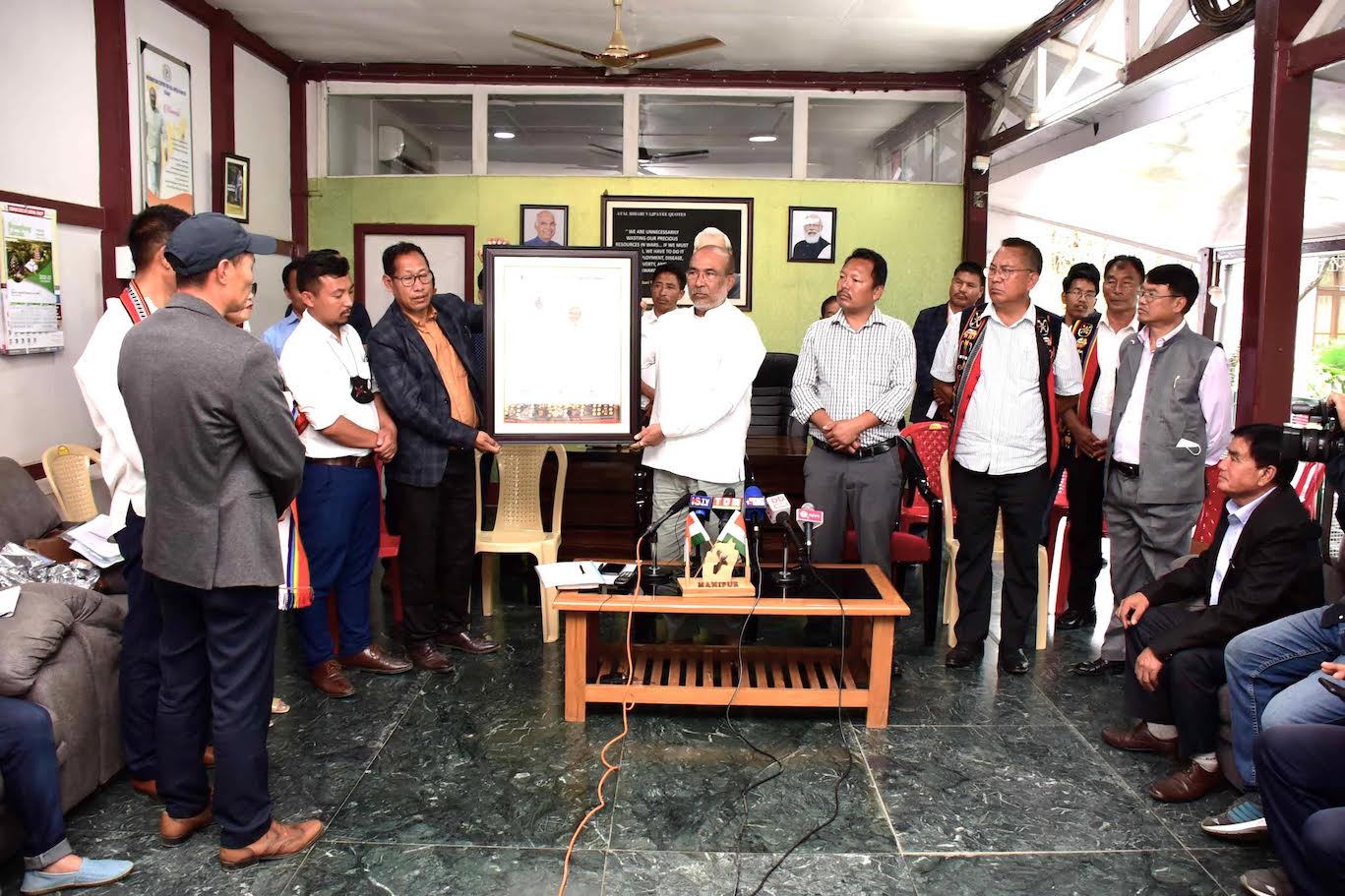 The decision to declare a Drug Free Zone and against poppy plantation was arrived at during the Poumai General Body Meeting held on April 28, 2022, officials said.

The resolution submitted to the Chief Minister Saturday reads that the office of the Poumai Naga Union, PNU, Senapati District, Manipur in recognition of N. Biren Singh, the Chief Minister’s initiative on War Against Drugs, the Poumai Naga Union, PNU, hereby adopt that after a threadbare discussion about the importance of preserving, conserving our forest land resources and in the larger interest of the people and its future, the House has resolved to curb and control the plantation of poppy or any other forms of drugs in the Poumai Naga Area and its jurisdiction.

Henceforth, the House unanimously declared the Poumai Naga Union and its jurisdiction drug free zone on this day, the 28th April, 2022.

Speaking to media persons at the Chief Minister’s Secretariat in this regard today, the Chief Minister appreciated the Poumai community for the resolution and declaration and further commended saying that it is quite encouraging as well as supportive of the government’s War against drugs.

It is indeed a historic moment, the Chief Minister said, highlighting that there have been instances of villages coming out in support of the War Against Drug, but it is the first time that such a large community or tribe has come out and declared such support to the War Against Drug.

He further expressed his heartfelt appreciation for the declaration. The government alone cannot do anything, without the support of the masses, he said.

Stressing that there are also indications that other communities will join the fight soon, N. Biren Singh said that any success gained in the movement will be for the public and not the government. The government acts as only the driver, he added.

The Chief Minister further appealed to all communities and tribes to join the movement and reiterated his earlier stand that there will be no compromise on the issue of illegal drugs.

N. Biren Singh said people involved in the drug business in the valley should understand that the drug menace is detrimental to the future of our society and put a stop to any illegal drug related businesses.

N. Biren Singh also observed that almost 70 percent of the people of hills have come out strongly supporting the movement to eradicate drugs and called upon those involved in illegal drug business, encouraging poppy plantation, drug peddling to young students, etc. in the valley to cease operation.

MLA J Kumo Sha appreciated the resolution of the Poumai community as the largest tribe of Senapati district to support the Chief Minister’s initiative of War against Drug and termed the tribe’s decision as the ‘wisest decision of the union and the people.’

The MLA appreciated the Chief Minister’s War Against Drug and said there is no one who says drug is good, and further appreciated and congratulated leaders of the tribe on taking the resolution, as one of the largest tribe in Senapati District, to lead from the front in the War Against Drug and declare all its jurisdiction as Drug Free Zone. He further expressed hope that other tribes, communities from other districts will also follow the same.

Other leaders of the tribe also expressed hope that other communities and tribes will also follow and join the fight to eradicate drugs from the State.

Former president United Naga Council Paul Leo said we have a responsibility towards making the society drug free. The declaration alone is not enough, but we have to spread awareness among the villagers also. He further added that we will heed advice of the CM as well as seek support of the government.