In Manipur, total enrolment of  unorganized workers in e-SHRAM portal so far is 3,75,194. 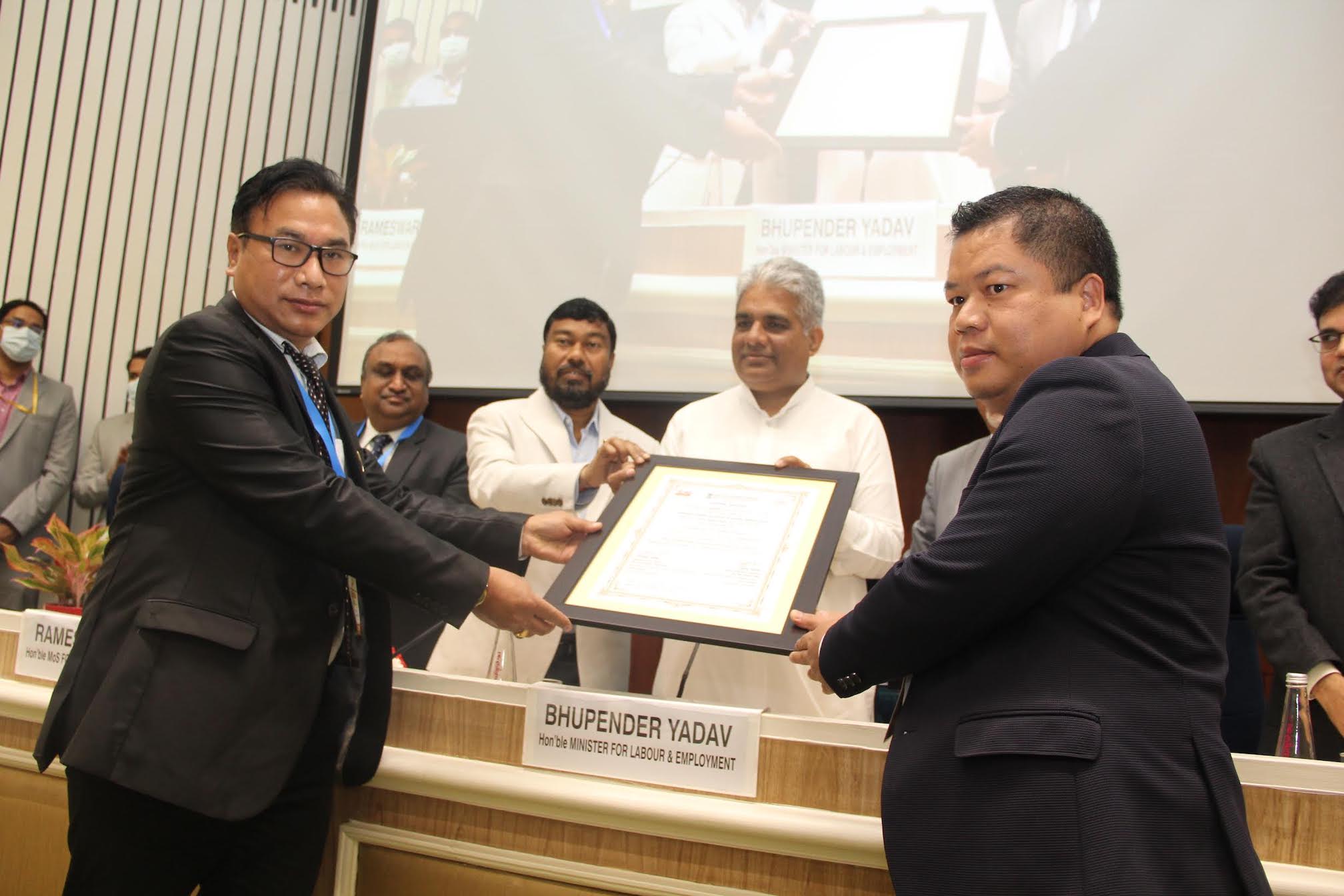 The award was jointly received by B. John Tlangtinkhuma, Secretary (SLEE), Government of Manipur and Karam Bono Singh, Deputy Labour Commissioner, Manipur. Manipur was included among 11 States / UTs selected for the Award.

The Iconic Week is being organized from 7th– 13th March, 2022 to celebrate the successful journey of e-SHRAM to 25 crores registrations in a record time of 162 days. This achievement was made possible with the active support of the States/UT Governments, Central Government Departments,  Labour Unions, NIC, CSC and other stakeholders including the organised workforce of the country.

In Manipur, total enrolment of  unorganized workers in e-SHRAM portal so far is 3,75,194.