The Congress leader made the allegation in parliament while speaking during a debate on the presidential speech on government policies. 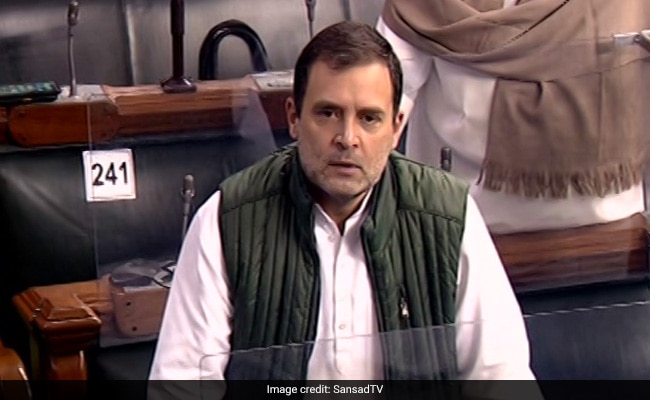 The Congress leader made the allegation in parliament while speaking during a debate on the presidential speech on government policies.

He began by demanding an apology from Amit Shah.

“I demand an apology from the Home Minister. This again represents the idea of a union of states versus the idea of a king. A few days ago, some political leader came to me from Manipur. He was very agitated. I said why are you agitated, my brother? And he said Rahul Ji, I have never felt as insulted as I have a few days ago,” the NDTV quoted the Congress MP as saying.

“He said a delegation of Manipuri politicians went to see the Home Minister. Outside his house, we were asked to take off our shoes and when we went inside his room, we found that the Home Minister was wearing chappals,” the Congress leader said in the Lok Sabha.

“What exactly does it mean? Why is it that in the Home Minister’s house the Home Minister can wear his chappals but a delegation of Manipuris cannot? This is not the way to deal with the people of India,” Gandhi said.

Protests rose from the government benches and from BJP MPs at the allegation.

Gandhi said he had proof of the incident.

“I will show you the photo, Speaker sir. This is not the way to treat the people of India. It reflects the mentality, a sense that I am bigger than you. That you are nobody. That is why I will wear my shoes and you will not,” the Congress MP alleged.

“We always leave shoes outside… he is completely out of his mind,” said Union Minister Prahlad Joshi.

Assam Chief Minister Himanta Biswa Sarma, a former Congress leader, raked up an old incident for which he has mocked the Gandhis repeatedly over the years.