Manipur police apprehend one with Heroin No. 4 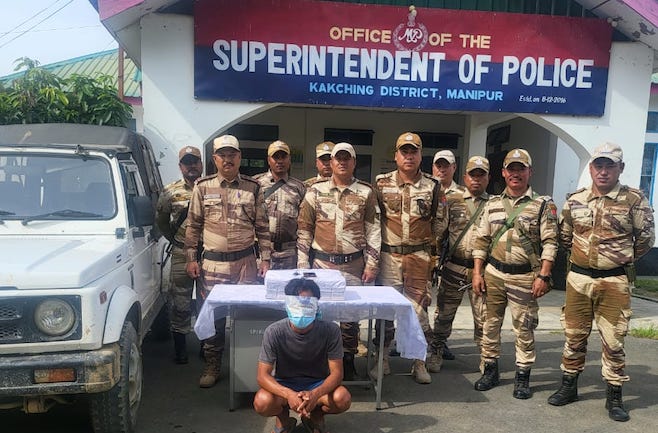 Imphal: A team of Kakching police arrested one person along with suspected Heroin No. 4 at Nungourok village on Tuesday morning.

The accused has been identified as Boipu Haokip, 31, son of Mangneo Haokip of Molnoi village, Tengnoupal district, Manipur. At least  692 grams of suspected Heroin No. 4 have been seized from him.

The arrest was made while a police party conducted frisking and checking vehicles along the national highway.