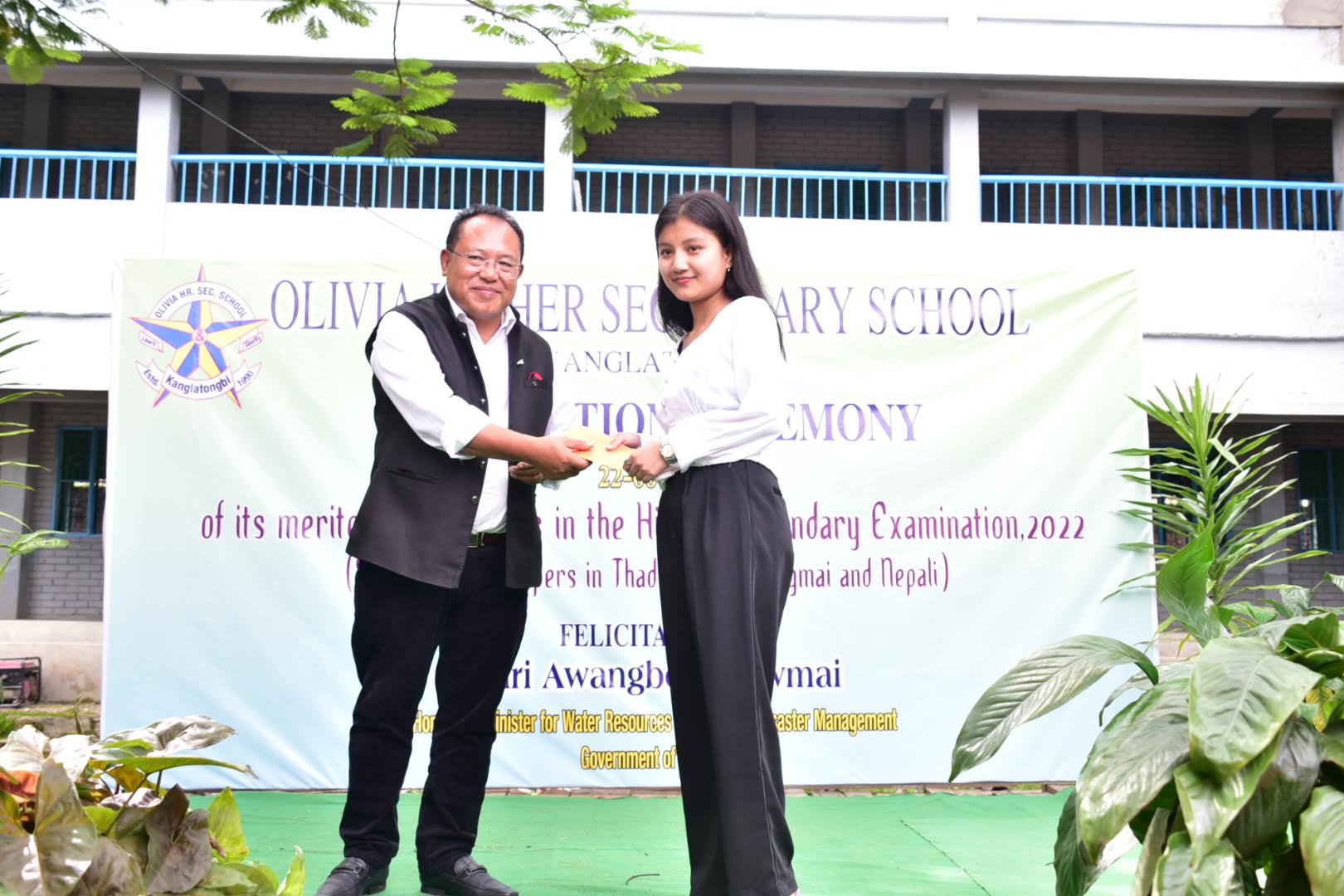 While addressing the gatherings as chief guest, Minister Awangbow congratulated and expressed happiness on the performance of the students in the recently declared Higher Secondary Examination conducted by Council of Higher Secondary, Manipur. The school produced Subject Toppers of three different MILs namely Thadou Kuki, Liangmai and Nepali.

He further encouraged the students to continue giving their best and bring laurels for the school and contribute at large to the society. Awangbow extended cash reward to the subject toppers and financial aid for the development of the school.

During the programme, the Minister was felicitated by the school authority and the meritorious students were also felicitated. The subject teachers of different MILs namely Thadou Kuki, Liangmai and Nepali that produced subject toppers were also feted on the occasion.