The landslides began on the intervening night of June 29 and 30 at Tupul. 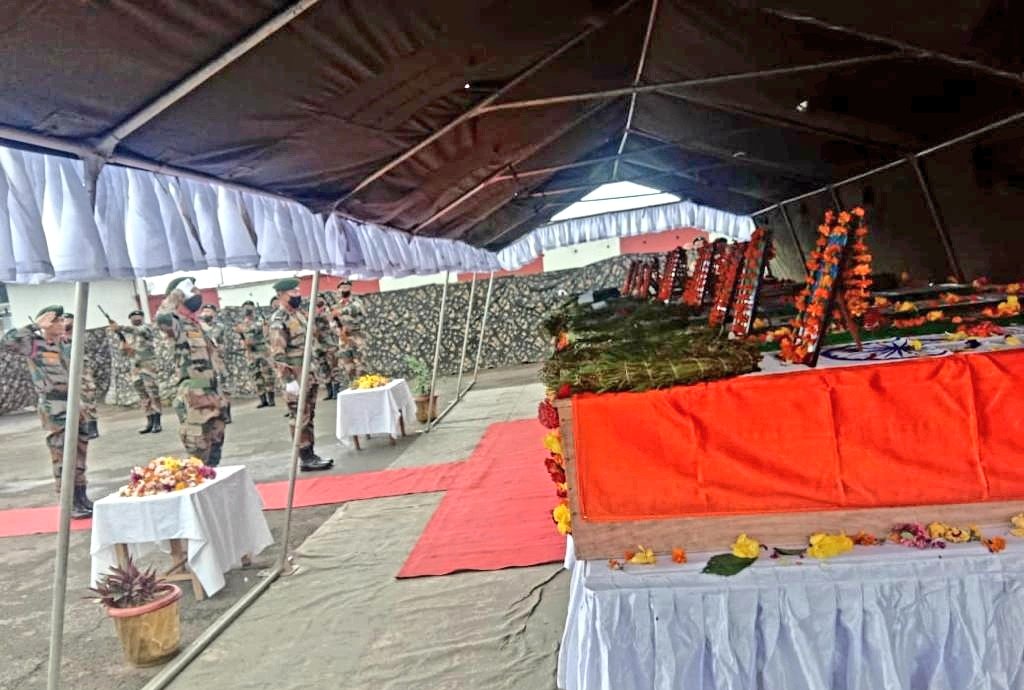 Imphal: The toll in Manipur landslides went up to 29 on Saturday, with the recovery of seven more bodies in Noney district as rescue operation was still on, officials said.

The landslides began on the intervening night of June 29 and 30 at Tupul.

Around 34 persons were still reported missing. The authorities have asked people in low-lying areas to evacuate as the weather has not improved.

Meanwhile, the mortal remains of 14Territorial Army personnel were sent to their respective homes after giving full military honours at the Imphal International Airport.

Thirteen Territorial Army personnel and five civilians have been safely rescued so far.

The search was continuing for the third consecutive day with Manipur Police, Indian Army, Assam Rifles, Territorial Army, SDRF and NDRF personnel working at the incident site at Tupul,

The rains slightly disturbed the operations, an official said.

A landslide also occurred near the site but it did not affect the operations or cause any casualties or major damage.

Wreaths were laid by the GOC Red Shield Division and IG IGAR (South) at Imphal with full military honours. Similar honours will also be paid at the victims’ respective home stations as per military tradition.

Chief Minister N Biren Singh was supervising the rescue operations and the government has stationed senior officials and security personnel in the affected area.

On the other hand, Haulianlal Guite, Deputy Commissioner, Noney said in an advisory on Saturday that the flow of the ljei river was still obstructed by the debris, creating a dam-like storage condition, which, if breached, will wreak havoc on the low-lying areas of Noney district headquarters.

Efforts were on using a dozen earth movers to make a clear channel for allowing the safe outflow of stored water.

The general public living in villages downstream hae been advised to take their own precautions and evacuate to a safe place.

He said over 400 personnel across multiple central and state departments were involved in the search and rescue work at the landslide site.