A rally run was also organized as a part of the celebration. The run was flagged off by Minster Health & IPR, Dr Ranjan Singh. 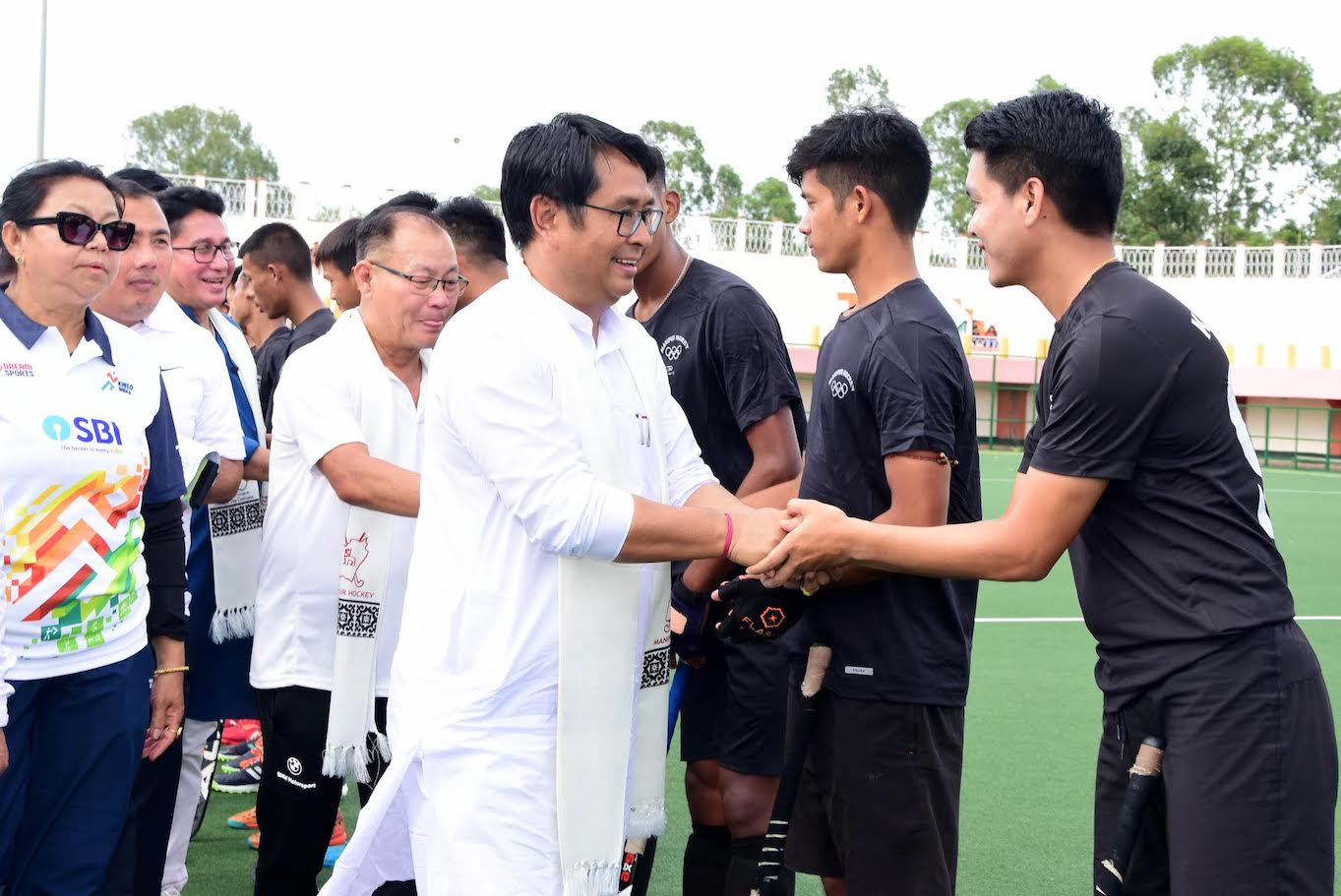 Imphal: Manipur Hockey under the aegis of Hockey India organized the Olympic Day Celebration, 2022. The main event was held at Khuman Lampak Hockey Stadium Thursday. A rally run was also organized as a part of the celebration. The run was flagged off by Minster Health & IPR, Dr Ranjan Singh.

Speaking at the main occasion of the celebration as chief guest, Minister Ranjan said that Manipur occupies a worthy place in the international arena in the field of games and sports. Games and sports have also become an identity of the state. Keeping good health can be maintained only through sports.

Ranjan stated that we all need to join the war against drugs, an initiative of the Chief Minister of Manipur, N. Biren Singh. He also appealed to all to cooperate with the government on such ventures so that we can save future generations.

Speaking on the occasion as president, President Manipur Hockey, Khoirom Loyalakpa, said that Manipur Hockey has been celebrating Olympic Day Celebration for the past seven years. There have been seven Olympians from the state in hockey. Manipur Hockey is eying to produce more numbers of international players in hockey, he added.

A friendly hockey match between Chinglensana XI and Kothajit XI was played as a part of the celebration.