The High Court of Manipur Thursday ruled the election of MLA Okram Henry Singh, who was elected from Wangkhei Assembly Constituency as ‘null and void’. 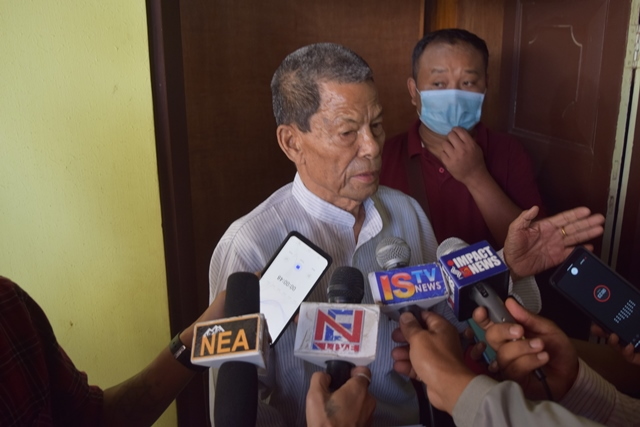 Imphal: The High Court of Manipur Thursday ruled the election of Wangkhei Assembly Constituency MLA, Okram Henry, who also serves as the Minister, Social Welfare in the 11th Manipur Legislative Assembly, as null and void for filing incorrect information during the nominations.

With the latest development, Yumkham Erabot Singh, 77, who stood second with 12,417 votes among three candidates in the last election will be the new MLA of the constituency.

Justice Muralidaran further observed that the Respondent No. 1 deliberately misrepresented his education qualification in the Affidavit while filing nomination papers to both 10th and 11th Manipur Legislative Assembly from 15-Wangkhei Assembly Constituency.

Moreover, the Respondent No. 1 had ‘deliberately’ concealed a criminal case pending against him under Section 138 of the Negotiable Instruments Act, 1881 before the Court of Chief Judicial Magistrate, Imphal West, where he mentioned ‘NIL’ at the column 5 (ii) of the Affidavit while filing nomination for 11th Manipur Legislative Assembly election.

A special trial case pertaining to Narcotics drugs has been pending against Henry before the Court of Special Judge, ND & PS, Manipur, in which Respondent No. 1 has been charged with illegally transporting contraband drugs including Robocoff Tablets,  Baba Chewing Tobacco, Sea fied Tablet and Respifed Tablet in 7 (seven) separate cartoon boxes from Kolkata to Imphal by Deccan Cargo on 12th February 2003, the court observed.

However, the court said, the Respondent No. 1 while filling up in the affidavit at column no. 5 (i), provides, “The following case(s) is/are pending against me in which charges have been framed by the court for an offence punishable with imprisonment for two years or more,” without furnishing the case number of the said Special Trial and also the Respondent No. 1 filled up in column 5 (i) (d) as the charge has not been framed.

“As the candidate has the special knowledge of the pending cases where cognizance has been taken or charges have been framed and there is a non-disclosure on his part, it would amount to undue influence and, therefore, the election is to be declared null and void the Election Tribunal under Section 100 (1) (b) of the 1957 Act,” the court ruled.

The court said that the question whether it materially affects the election or not will not arise in a case of this nature.

It may be noted that Y Erabot, the petitioner, who contested the said election from BJP ticket alleged that his Congress rival O Henry violated the provisions of Representative of People’s Act 1951 during the election nomination process.

The judgment order was kept reserved by the same bench after the conclusion of the hearing on  March 17,  2021.

Okram Henry Singh is among the 5 new MLAs given minister status by N Biren Singh. Henry held the portfolios of Social Welfare, Cooperation, and MAHUD.

Y Erabot is among three veterans Congress leaders (including chief minister N Biren Singh) who switched to the BJP ahead of elections 2017.

This is the second case of two Congress MLAs being disqualified for giving incorrect information in the affidavits filed during the election.Earlier Y Surchandra of Kakching was disqualified and BJP candidate M Rameshwar, who got the second position, was declared the winner on November 5, 2020.

Surchandra also resigned as a Congress member and joined BJP. With agency inputs