The US visit comes amid escalating tensions between the two nations. On Monday, China sent 25 military aircraft into Taiwan’s defense zone — the biggest incursion so far in 2021. 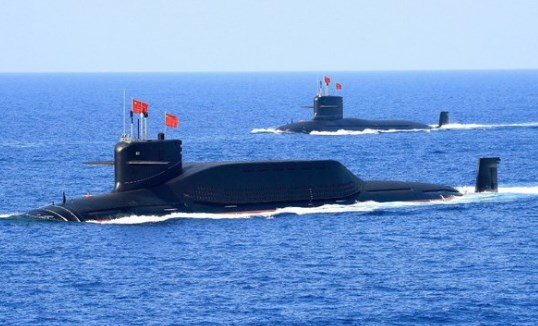 Beijing: The Chinese Maritime Safety Administration has announced that the People’s Liberation Army of China (PLA) will be conducting live-fire military exercises in the South China Sea amid an unofficial visit by a US delegation to Taiwan.

Officials from the Maritime Safety Administration said that the exercises will take place from April 15-20 from 8 a.m. to 6 p.m. (00:00-10:00 GMT) in the waters near the Nanpeng Archipelago in the northern part of the South China Sea, located about 187 miles to the west of Taiwan.

Citing sources from within the White House, CNN reported that the US sent an unofficial delegation to the island of Taiwan on Tuesday in a show of solidarity with the nation. Beijing officially claims ownership of Taiwan, while the island nation has maintained an independent government, the Republic of China, since Chiang Kai-Shek and the Chinese Nationalists fled there after their defeat in the Chinese Civil War in 1949.

The US visit comes amid escalating tensions between the two nations. On Monday, China sent 25 military aircraft into Taiwan’s defense zone — the biggest incursion so far in 2021. China also reported that a group of naval vessels including the aircraft carrier Liaoning was also performing exercises in the waters around Taiwan.

Ma Xiaoguang, the official representative of China’s Taiwan Affairs Office, referred to the exercise as a “signal” to the pro-independence forces of Taiwan. The Chinese Foreign Ministry frequently names Taiwan as the most sensitive issue in the Beijing-Washington relationship and denounces US military assistance to the island.