The occasion reminds us of our heroic forefathers like Bir Tikendrajit, Thangal General, Chirai Naga, Pukrambam Kajao, Niranjan Subedar, and a host of other martyrs who made a supreme and selfless sacrifice for their nation 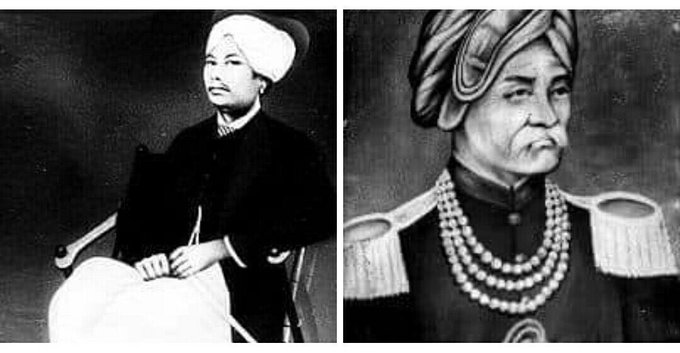 Imphal: governor of Manipur, La Ganesan, Chief Minister N Biren Singh and several ministers extend greetings to the people of Manipur on the solemn occasion of Patriots’ Day , which is observed on August 13 every year.

Governor Ganesan in his message said “the occasion reminds us of our heroic forefathers like Bir Tikendrajit, Thangal General, Chirai Naga, Pukrambam Kajao, Niranjan Subedar and a host of other martyrs who made a supreme and selfless sacrifice for the cause of the freedom of their nation”.

“The historic  day also jogs our memory that if we do not live and work together , we stand to lose. Let us, while observing the Patriots’ Day, pledge to stand and fight as one against all those who challenge the freedom and integrity of the nation irrespective of caste, creed, religion and other differences”, Governor Ganesan added.

Chief Minister N Biren Singh in his message on the occasion of Patriots’ Day said that “on this day two brave sons of Manipur, Yuvraj Tikendrajit Singh and Thangal General faced the gallows valiantly for taking leading roles in resisting the mighty British Imperialist army. The day reminds us of the supreme and selfless sacrifice made by hundreds of soldiers in defending the sovereignty of the kingdom of Manipur, despite knowing that they would be defeated”.

He called on all to pay  “homage tour forefathers by remembering their patriotic values”. “We must stand as one, rising above all differences and defend the State from various divisive forces within and without.  Protecting the integrity of our motherland should be the concern of each one of us”, CM Biren reminded the people of the State.

Power and Agriculture Minister, Th Biswajit also greeted the people of the State on the occasion of Patriots’ Day. In his message, Biswajit said, “irrespective of caste, creed and religion, let us stand united for peace and development and bear the same indomitable and unconquerable spirit of our forefathers in fighting against all odds”.

Water Resources and Disaster Management Minister, Awangbow Newmai called on the people of the state to fight and support those who stand for the State and unite together to live in peaceful co-existence.

Extending her greetings on the occasion of Patriots’ Day, Industry Minister, Nemcha Kipgen said the occasion “reminds us of the heroic deeds of all the Bravehearts on different war fronts of the Anglo-Manipuri War of 1891”.