The main worry is that most of these violators are from Bangladesh with some from Myanmar, the Chief Minister added. 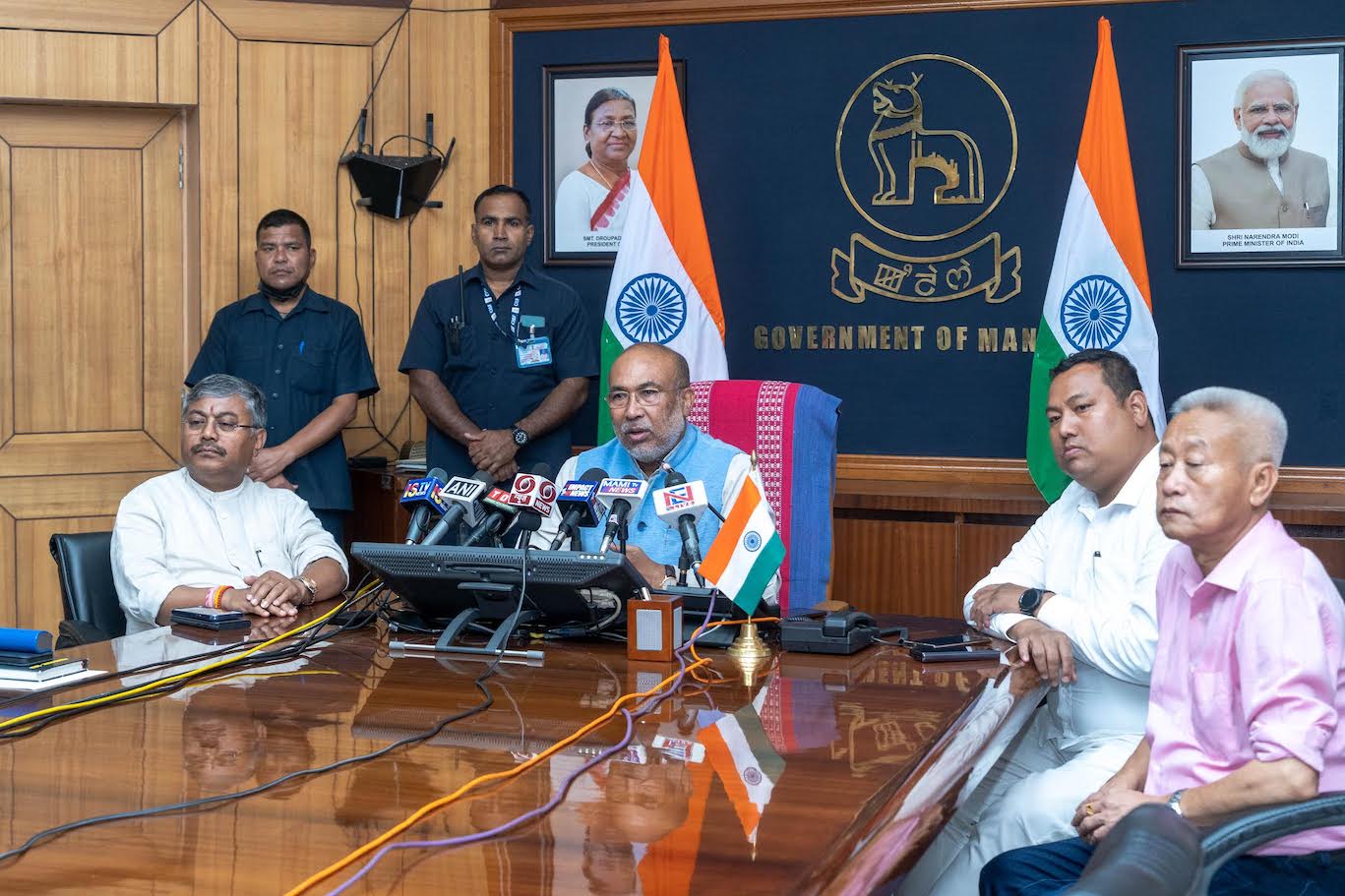 Imphal: Chief Minister N Biren Singh Sunday announced that his government was ready to launch a mechanism to trace foreigners including face recognition cameras, apps to regulate entry and exit of foreigners in the state.

The State government has already launched an operation to identify individuals who have entered the State and remained untraceable for a certain period of time, said the Chief Minister while voicing concerns that many illegal immigrants were staying in the state by violating the Inner Line Permit System.

Briefing media persons N. Biren Singh said the issue has reached an alarming stage. Today there is a threat looming large in our society, and we are seeking cooperation and support of the people. He further called on the public to inform the police or district administration against any illegal immigrant.

He said with the setting up of the Population Commission in the State at the earliest, a house to house survey will be conducted soon and appealed to all against renting out rooms or selling land to illegal foreigners, immigrants.

The Chief Minister said legal action could be taken against any house owner found renting out or housing illegal foreigners.

The Chief Minister reiterated the government has also already announced 1961 as the base year for the ILP Act.

The Chief Minister said till Saturday (15th October 2022), in the operation against ILP defaulters, the government has identified and arrested around 613 illegal violators and they have been booked accordingly, of which some have been deported.

The main worry is that most of these violators are from Bangladesh with some from Myanmar, the Chief Minister added.

Stating that the government alone can never succeed without the support of the general public, the Chief Minister said the success witnessed in the government’s ‘War on Drugs’ and ‘campaign against poppy plantation’ is because of the support and cooperation of the public.

N. Biren Singh said the indigenous people of Manipur have small populations and highlighted the apprehension that it wouldn’t be long before the illegal immigrants/ migrants, foreigners outnumber the indigenous population.

However, due to certain doubts, dishonesty amongst ourselves, we are facing various hindrances in identifying these illegal foreigners, the Chief Minister said citing the story of an individual who entered India from Bangladesh through Malda district of West Bengal and into Manipur in 1990 without any valid papers, according to the man’s own admission to the police after his arrest on October 7, 2022 from Khabeishoi by a team of Lamlai Police.

Highlighting that the man is said to have acquired a driving license and Aadhar card from the State, N. Biren Singh said all the said documents have been seized and a case lodged.

However, the main concern is how many illegal foreigners must have already infiltrated into our communities, he said, adding that the man who entered the State in 1990 was arrested only in 2022.