The Government is trying to construct Sangai Ethnic park at Loktak Lake so that the site will become the main venue for the Sangai Festival 2022, he added. 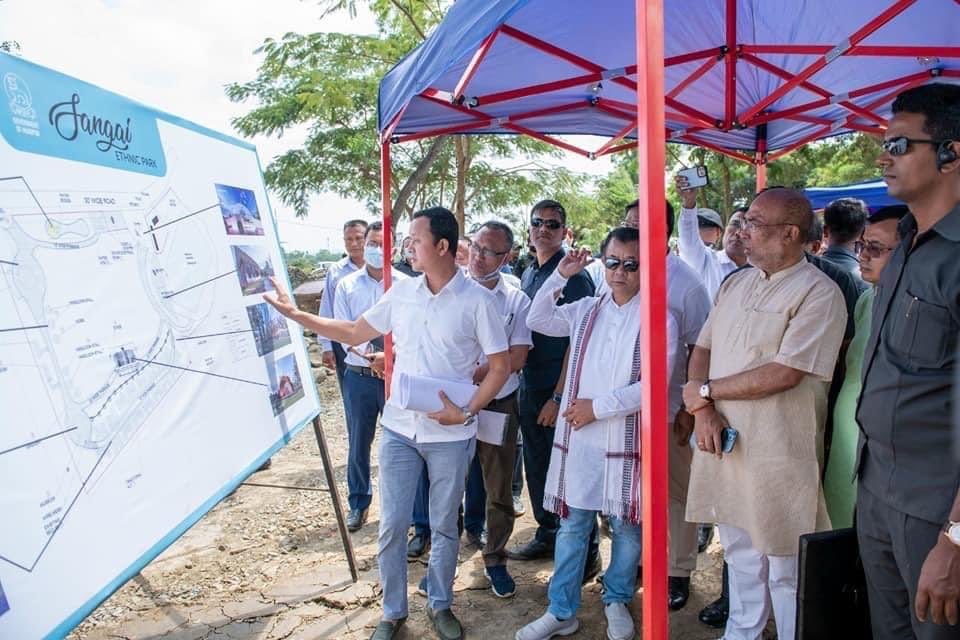 Imphal: Chief Minister N. Biren Singh said on Thursday that the State Government has given a formal invitation to President Droupadi Murmu to attend the Sangai Festival, the state tourism festival this year.

The Government is trying to construct Sangai Ethnic park at Loktak Lake so that the site will become the main venue for the Sangai Festival 2022, he added.

He said the site was chosen for the construction of the Ethnic Park considering the suitability of the area.

He said hosting the festival near the habitat of Sangai (brow-antlered deer) would better make visitors more aware of the State Animal. The CM also visited the site at Moirang Khunou where Sangai Ethnic Park is being constructed and inspected the ongoing construction work.

Sangai Ethnic Park is constructed to host the Sangai Festival as the main venue. Huts representing different tribal groups of the State would be set up at the Ethnic Park.

Interacting with locals of Moirang Khunou, N. Biren Singh expressed thankfulness for according him a warm welcome by people of Kwakta, Moirang Khunou and other neighbouring villages on his way to the Ethnic Park.

Expressing satisfaction on the support of nearby people in widening the approach road to the park, he stated that such support from the public would be of big contribution to the developmental works taken up by the Government.

He further informed that Sangai Festival was held only at Imphal earlier. However, with the formation of his Government, the festival began to be held at different places of the State including Keibul Lamjao and as Cherry Blossom festival at Mao.

He continued that, this year, the festival would also be held at other places including Khuga and Behiang where Manipur Southern Cultural Centre is being constructed, as Sangai stands for the whole State.

Stating that he would visit the site frequently to look after the construction work, he appealed to the public to continue rendering their support.

The Chief Minister also visited the INA War Memorial at Moirang and inspected the ongoing work at the site.