Manipur, with its limited resources and low revenue generation, has faced many difficulties carrying out certain development projects, according to the chief minister. 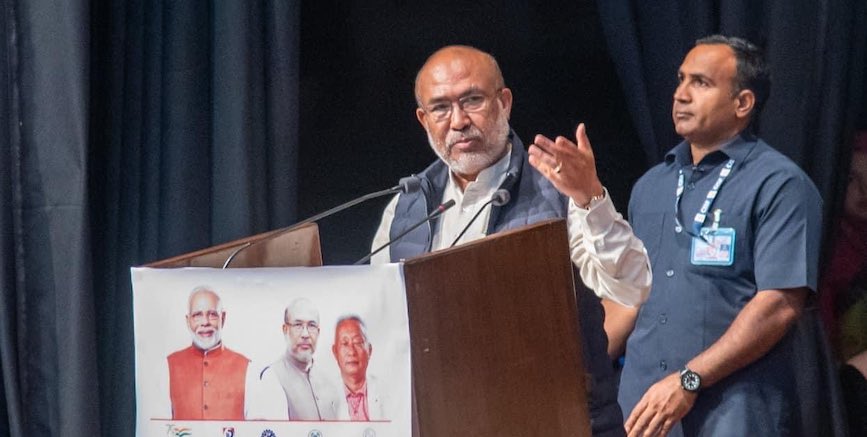 N. Biren lauded the officials for their coordination and hard work towards the smooth running of the government. The state was able to overcome the Covid pandemic through the joint efforts of the officials, he said.

As the chief minister stated, Manipur is marching forward towards development, and diplomats from various countries are interested in visiting the state.

He also stressed the need for mobilising funds and resources for the state’s further development. Manipur, with its limited resources and low revenue generation, has faced many difficulties carrying out certain development projects, according to the chief minister.

N. Biren informed that the state takes assistance from the central government for infrastructure development works.

Informing that the amount of revenue generated from the professional tax is around Rs 30 crore annually, Biren appealed to the Deputy Commissioners to constitute dedicated teams to assist and facilitate the enrolment drive.

Such efforts could increase the revenue generation from the professional tax to double the amount generated earlier.

He also appealed to the officials to put in joint efforts to make the enrollment drive a success and achieve the target.

It may be mentioned that the enrollment drive will cover all kinds of professions, established trades and employment of all individuals who earn a living through any medium.

The Professional Tax is derived from Article 276 of the Constitution of India which empowers the State Government to levy professional tax on professions, trades, callings and employment with a maximum cap of Rs 2500 annually.

During the programme, a new application developed by National Informatics Centre (NIC) to facilitate on-line enrolment was also rolled out.