Manipur CM encourages farmers to use nanofertilizer for a healthy society

The Chief Minister highlighted steps taken in the state to encourage farmers, saying that Rs. 80 crores has already been earmarked in the budget to buy back rice from the state's farmers. 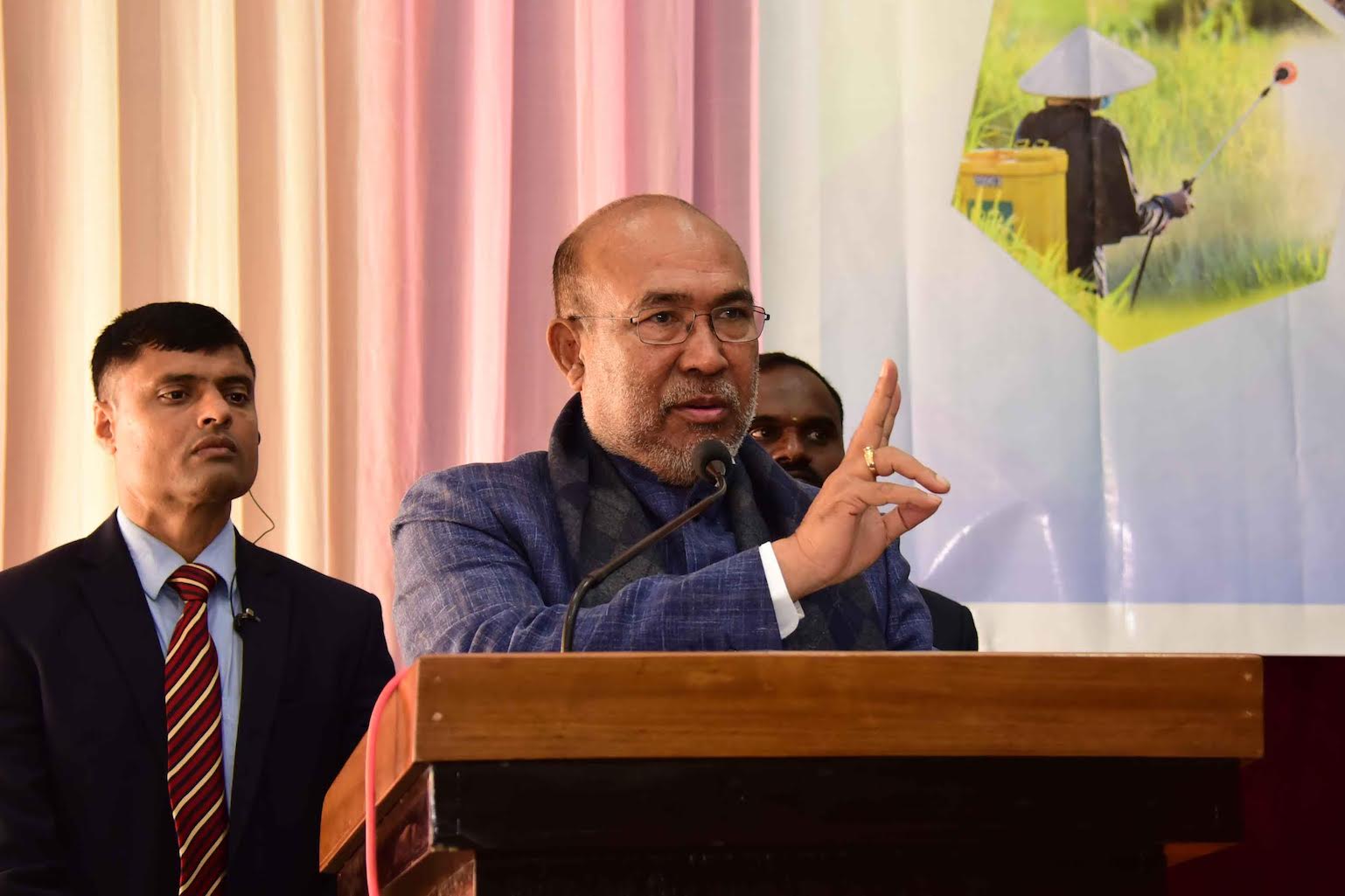 Addressing the inaugural function, N. Biren Singh said that no matter how many seminars or discussions are conducted, we cannot achieve success, unless we work on a mission mode with a target.

Highlighting a few achievements of the past few years, the Chief Minister lauded officials of the Horticulture and Agriculture departments and said that these officials have worked with sincerity and aggressiveness to ensure massive change in the sector.

Lauding the hard work of the farmers and the capabilities of the officials, N. Biren said that Manipur can be among the top states in the country. Today, Manipur has been adjudged the “Best Improved Small State” for three consecutive years, he added.

The Chief Minister highlighted steps taken in the state to encourage farmers, saying that Rs. 80 crores has already been earmarked in the budget to buy back rice from the state’s farmers.

“We are trying to bring changes,”  the Chief Minister said, stressing that “we are moving forward with opinions, advice, and suggestions from experts.”

Biren also deliberated on the issue of water scarcity in the state and expressed concern over the depleting jungle cover in the state.

He stated emphatically that if there are no forests, there will be no water in the lakes and rivers.

We are focusing on groundwater, he said, adding that the state is currently installing 550 groundwater tube wells and 375 wells.

Biren Singh stated that a committee led by an Additional Chief Secretary has been formed as part of a Cabinet subcommittee, and that a toll-free number will be announced soon to assist and intervene in any issues raised by farmers.

He said the government has also identified a site in the Mayang Imphal area for composting phumdis from Loktak into organic fertilizer.

The Chief Minister also highlighted that the State will showcase women’s empowerment in the State during the March 17–18 G-20 event in the State by highlighting various achievements of the State’s women, including Ema Market, start-up women entrepreneurs, etc.