The Chief Minister said funds for the memorial have already been allocated and that it will be constructed at the earliest so that we can pay our respects and tributes to their sacrifices. 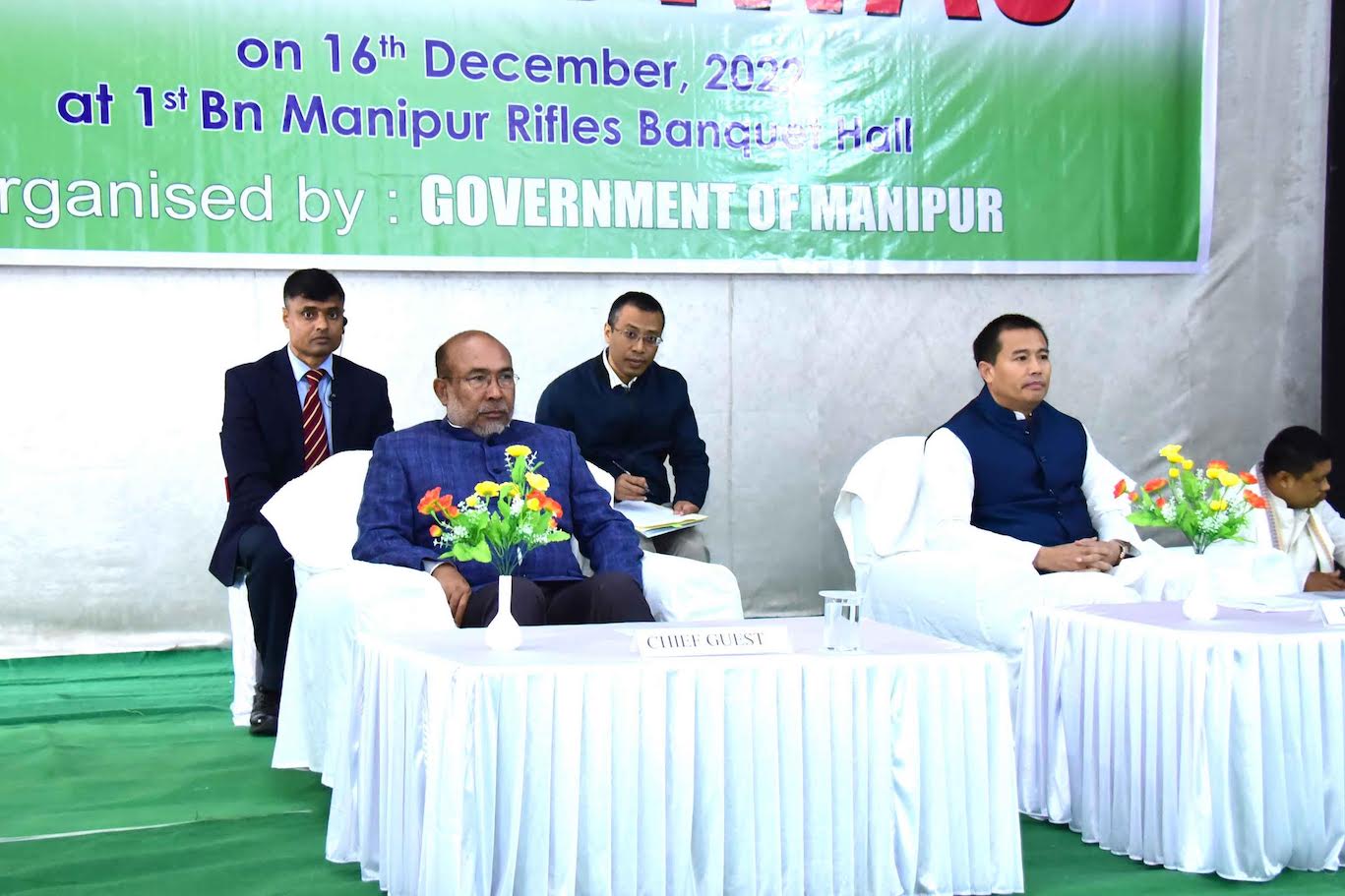 Imphal: Chief Minister N. Biren Singh has assured a memorial park for soldiers of the Indian Armed Forces (Indian Army, Indian Navy, and the Indian Air Force) from the State who have laid down their lives for the nation. The Chief Minister was speaking at the State observance of the Vijay Diwas here on Friday.

Highlighting sacrifices made for the nation by numerous defence officers and personnel from the State like Major Bob Khathing and Major Laishram Jyotin Singh, who died fighting a suicide bomber during an attack on the Indian Embassy in Kabul, Afghanistan, the Chief Minister said funds for the memorial have already been allocated and that it will be constructed at the earliest so that we can pay our respects and tributes to their sacrifices.

N. Biren Singh said Vijay Diwas is celebrated every year on December 16 to remember the bravery and sacrifices of the Indian defence forces during the 1971 Indo-Pakistan War.

It is a historic war of the time, he said, stressing the Nation’s swift response to a planned Pakistan aggression in 1971. The war also resulted in the creation of Bangladesh following the surrender of the Pakistan Army before India, he added.

India has, today, become a strong nation, and cannot be taken lightly by any other country, he said highlighting India’s military power including Thursday’s test-firing of the country’s Agni-V nuclear capable missile.

N. Biren Singh also highlighted the State’s achievement of being identified as the Most Improved State for three consecutive years and said Manipur is moving forward in development.

Encouraging unity in the State, the Chief Minister stressed that around 35-36 communities reside together in the State and can never be separated. In an earnest appeal to the people, N. Biren Singh deliberated on the need to shed single community-centred agendas and to instead work for a common good. He deliberated on the need to seek the government’s assent or approval before taking up any work on government property or land.

Minister Thongam Biswajit in his presidential speech said that the day is observed every year to remember the sacrifices of the Indian Armed Forces during the India-Pakistan War of 1971.

He said this also laid a strong foundation for mutual respect and relation between India and Bangladesh.