While congratulating the doctors, nurses and others, the Chief Minister termed the first successful conduct of kidney transplant by Government Hospitals in Manipur as a huge achievement. 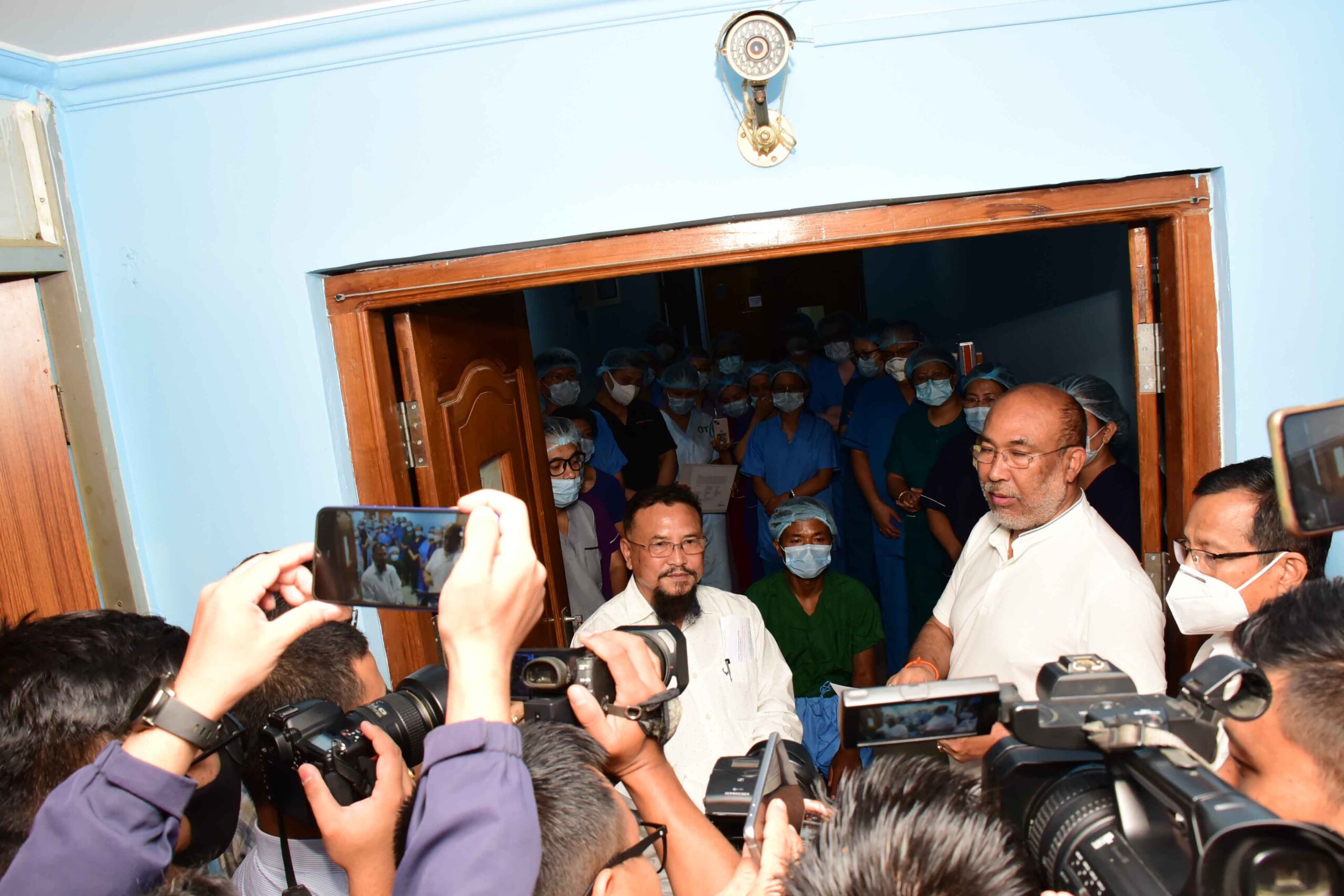 Imphal: Chief Minister N. Biren Singh announced a reward of Rs. 5 lakh to the team of Doctors, Nurses and other technical staff of Jawaharlal Nehru Institute of Medical Sciences (JNIMS) who were involved in successfully conducting a kidney transplant. He made the announcement while briefing the media at JNIMS today.

He expressed his satisfaction that the kidney transplant for the three persons were conducted availing the benefit of Ayushman Bharat- Pradhan Mantri Jan Arogya Yojana (PMJAY) package for Kidney Transplant. The patients didn’t bear any expenses of the operation charges and medicine required. He further expressed his thankfulness to Prime Minister Shri Narendra Modi for saving the lives of many people through the scheme.

N. Biren Singh appealed to the public to avail the benefits of certain welfare schemes of the Government and sought support from the people towards the Government efforts for further development of the State.

It can be mentioned that this is the first kidney transplant operation done in a government hospital in Manipur and also the second in Northeast India after Gauhati Medical College, Assam.