The Centre Government was also requested to conduct a census of the State based on biometric data collection technology. No decision has been taken regarding linking of Aadhar with census, he said. 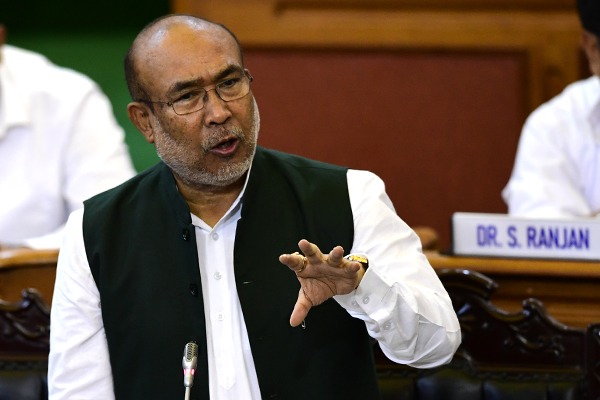 Khongbantabam Ibomcha Singh moved a private member resolution to record ‘Sanamahi Religion’ in the census report and also allot a separate code number of the religion in the Census operation .

Manipur Assembly had earlier passed a similar Resolution on August 1, 2003.

K. Ranjit Singh also raised the issue of population census. Leader of the House , Chief Minister N. Biren Singh informed that due to Covid-19 pandemic, the population census which was supposed to be conducted in the year 2021 remains postponed.

No particular date and month of conducting census is finalized yet, he stated.

Biren further informed that a letter had been submitted to the Union Home Minister regarding the modalities of the conduct of census in respect of Manipur.

The Centre Government was also requested to conduct a census of the State based on biometric data collection technology. No decision has been taken regarding linking of Aadhar with census, he said.

Previous paper mode along with electronically generated mobile app may be used this time, he added.

Informing Paolienlal Haokip about issuance of patta and jamabandis in hill areas, Chief Minister said that hills areas were not covered by Revenue under the MLR & LR Act 1960.

Revenue records of parts of the hill area are properly maintained, he said .

Biren Singh informed Joykishan that there is restriction in sale and purchase of land in the state.

Minister Letpao Haokip said that it is not true that TA and Hills office in Ukhrul has been defunct. It is still functioning even if it is an old building. There is no existing plan to renovate the office and staff quarter. There are three working staff out of twelve sanctioned posts. Nine posts are vacant. The Department of TA and Hills is preparing to fill up the vacant post.