This year the festival was held under the motto "Save Mother Earth" and with the theme "Celebrating Endowment" at Sanyi Dahrii Sports Complex, Khabung Karong. 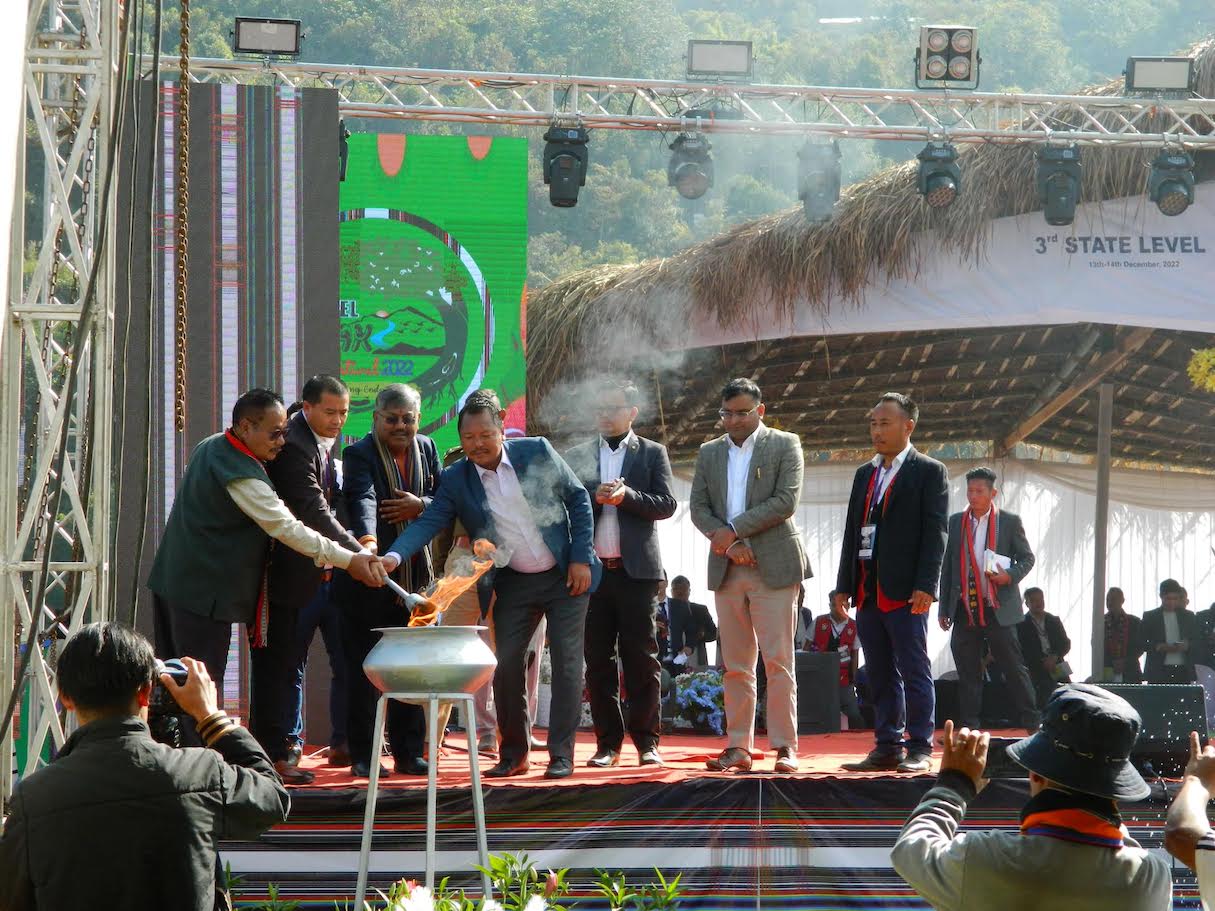 He also stated that the significance of Barak must be spread through ecotourism.

This year the festival was held under the motto “Save Mother Earth” and with the theme “Celebrating Endowment” at Sanyi Dahrii Sports Complex, Khabung Karong.

Speaking on the occasion, the minister informed that the state government has taken up various programmes like tree plantations, river cleaning in the Imphal area and other places to improve the environmental condition of the state.

He also said his department is taking various steps to identify and preserve water catchment areas in the state. He also mentioned the importance of forests, as they purify the atmosphere, provide water through rain, reduce noise pollution, and protect against harmful UV rays. He also told me that the government had recently issued an order prohibiting the use of plastics.

In his presidential speech, Govindas Konthoujam, Minister of PWD, Youth Affairs, and Sports, stated that human civilization started with the river. “It is also the responsibility of everyone to maintain it with proper care,” he added. He also promised to finish the venue’s unfinished stadium as soon as possible.

In Tuesday’s program, a traditional fire-making competition and dances from different cultural troupes were also performed. Various stalls, including those from government departments, displayed their work and schemes.

Later, Senapati and Karthik Malladi, IPS, Superintendent Police, flagged off the traditional car race, which began at Mt. Zion College and ended at the Sanyi Dahrii Memorial Sports Complex.There will also be a Barak Rock Concert in the evening with various bands and artists.

The programme was attended by officials of the tourism department and village chiefs.