The Chief Guest also assured that he will do whatever is required for the protection and preservation of the rare species Kumbirei. 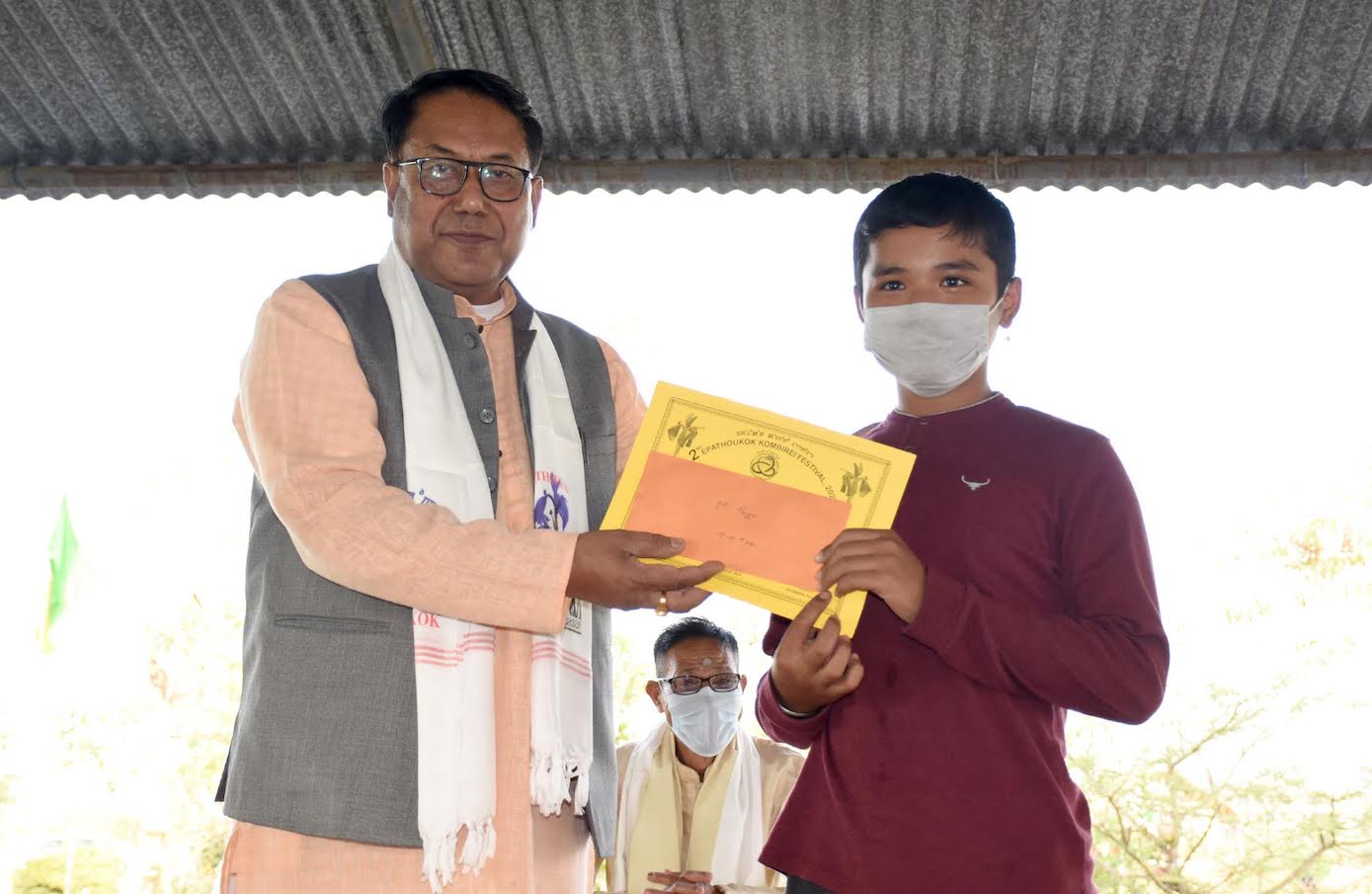 Addressing the gathering as Chief Guest, Uripok Assembly Constituency MLA Th. Raghumani said that it is important to conduct such events as development of a country is based on the development culture and without it we cannot bring development in our society. He expressed appreciation for the initiative taken by the organization and said that it is the responsibility of all to protect and preserve the endangered species of Kombirei indigenous flower plants. The Chief Guest also assured that he will do whatever is required for the protection and preservation of the rare species Kumbirei.

Commissioner, Art & Culture, MAHUD & DIPR M. Joy Singh said that nurturing, protection and preservation of indigenous flowers is very important for future generations. He appreciated the people living nearby the areas of Epathoukok for their initiative and conducting such programmes for awareness and protection of the Kumbirei flowers from diminishing and making them bloom. He also urged the people to take responsibility in preservation of the flowers to protect our culture and tradition in future.

Chief Technical Officer, ICAR Dr. Sanjoy  and Dr. N.Debendra also spoke about the history of Kumbirei and gave awareness  to the gathering about the importance of protection of the flowers.

During the festival, Sports painting competition was also conducted and certificates and cash awards were distributed to 35 participants by the Chief Guest. Certificate and memento were also given to K. Tombi Singh (Rtd) Principal NG College who has been working for the welfare of Epathoukok organization. Various artists performed Khulang Eshei and Khunung Eshei traditional songs at the function.