The city of Shanghai will be brought under complete locked down in two stages over the next nine days while authorities carry out Covid-19 testing among the people. 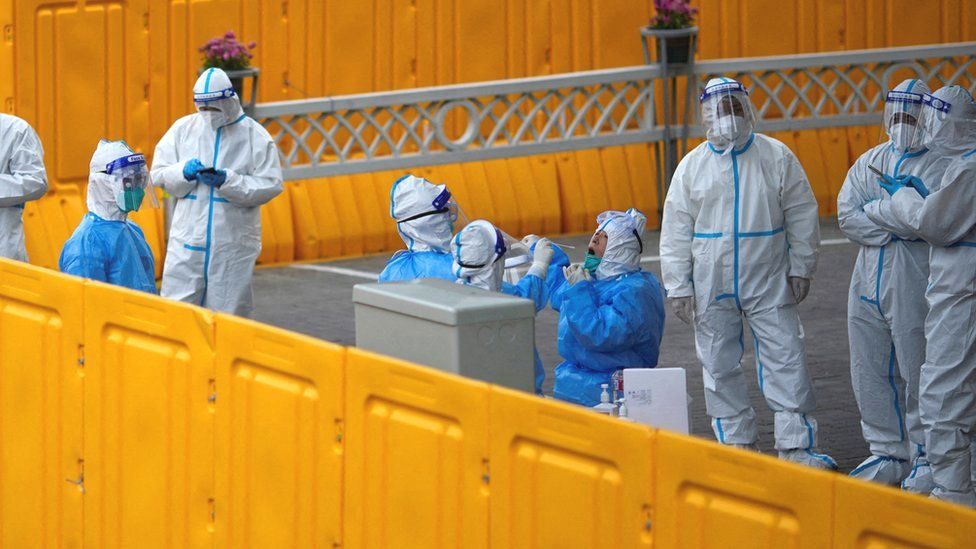 The city of Shanghai will be brought under complete locked down in two stages over the next nine days while authorities carry out Covid-19 testing among the people.

Shanghai which is an important financial hub has been facing a new wave of Covid infections for nearly a month now, and authorities have been reluctant to shut down the city of some 25 million people to avoid adverse economic effects on the country’s economy.

But on Saturday Shanghai recorded its highest daily number of cases since the early days of the pandemic two years ago forcing the authorities to decide to shut down the city.

The lockdown will take place in two stages, with the eastern side of the city under restrictions from Monday until 1 April, and the western side from 1-5 April. Public transport in the city will be completely suspended and firms and factories will have to halt operations or work remotely, authorities said.

The city government has laid out a set of instructions for the city’s citizens and published them on its WeChat account. Unlike other provinces where lockdowns during the pandemic have affected entire provinces yet peoplehave been allowed to travel within those regions.

But in the case of Shanghai, with its high population density, a complete lockdown with prohibitions of people’s movement has become a necessity.