Authoring a blog on the issue he equated the proposed airport to Prime Minister Narendra Modi's Central Vista project which was also termed as an economical disaster by the intelligentsia. 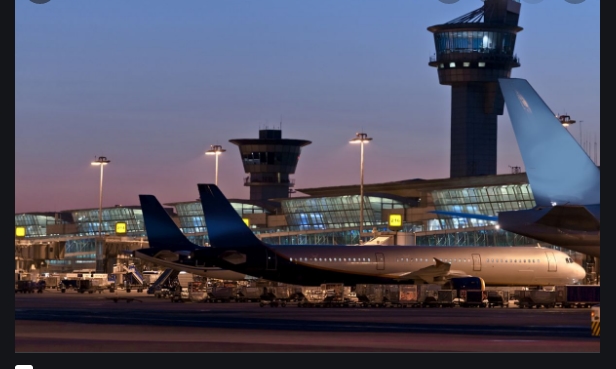 Shimla: Jairam Thakur Government which is working on the international airport Nagchala in Mandi district as a dream project of the Chief minister facing a wide range of criticism due to its far-reaching impact on the ecology, environment and agriculture in the hill state.
A recent critic of this project is Avaya Shukla who is a retired IAS officer, an environmentalist and a writer.

Authoring a blog on the issue he equated the proposed airport to Prime Minister Narendra Modi’s Central Vista project which was also termed as an economical disaster by the intelligentsia.

” In my more lucid moments ( which are now becoming few and far between) I seriously wonder why Himachal has a department of Environment or a Science and Technology Council at all. ” Mr Shukla
pointed out.

Neither shows the least interest in either protecting the environment or in exposing the scientific fallacies in the hare-brained schemes regularly manufactured by the state’s unmoderated policymakers, former IAS who had faculty members in Delhi University from 1973 to 75 said.

The state has been exceptionally favoured by the Gods with the most beautiful, rich and diverse landscape, flora and fauna; abundant waters in its thousands of rivers and streams, and climate money cannot buy and yet, various governments since 1972 have been raping this god-given treasure in the name of a spurious “development”, while their eyes have been firmly fixed on the cash registers, Alumni of Hindu College exposed politician for their bankrupt vision towards the nature.

Hailing various activists to fight for the cause of the environment, Avaya Shukla who headed the Shukla committee report on the impact of a hydropower project on the Environment says ” They have been deaf to the protestations of the people whose livelihoods, and even lives, have been destroyed in the process.
For almost 50 years now the simple citizens of Himachal have been the ones paying the price of a “development” that mainly benefits the city dwellers in the plains and the few influential fat cats of Big Capital in the state itself, Mr Shukla mentioned in the article appreciated by the state intelligentsia.
” Tens of thousands of hectares of forests have been destroyed, landscapes disfigured, streams polluted, wildlife decimated by hydropower projects, unregulated construction, senseless road building, reckless mining and unplanned urbanisation.”
Major landslides and ” flash floods” are now an everyday occurrence, buildings have started collapsing all over the state, road fatalities are increasing, garbage is piling up on the mountains and in the valleys, the traffic is a nightmare.

To add to all this litany of woes, climate change-induced EWE’s ( Extreme Weather Events) are posing a new threat and challenge to the govt’s planning processes.

One would think that the state govt. would wake up now at least and realise the impending environmental and livelihood catastrophes, post-Covid, that are staring us in the face.

Right? Wrong. The govt. is still in Mohammad Bin Tughlaq mode, busy challenging the NGT’s very sensible 2017 order which restricts buildings in Shimla to two and a half storeys and prohibits construction in its core and green areas.

And it is in this context that it has come up with its most stupendiotic idea yet- an international airport in Mandi district.

The proposal, approved by the Civil Aviation Ministry in 2019, is to build an international airport in the Balh valley of Mandi district. This is the most fertile, multi-cropped, irrigated agricultural land in Himachal.

237 hectares of land will be acquired for the project’s first phase, which includes 202 ha private land and 12 ha of Demarcated Protected Forest containing rich biodiversity.

2500 farming families ( 12000 population) in 8 villages will be displaced, their livelihoods were taken away.

70 per cent of them are Dalits, OBCs, Muslims and landless people who had been allotted land by the govt. 30 to 40 years ago under the Land Reforms schemes. They will now regress into their earlier landless status once again.

The affected farmers and villagers have been protesting against the project for the last 15 years under the banner of the BBKSS ( Balh Bachao Kissan Sangharsh Samiti), and they have been joined by environmentalists and experts, who have questioned the airport on social, economic and environmental grounds.

But the govt. is not listening, perhaps because the project falls in the Chief Minister’s own district and the Indian politician’s instinct to leave behind a footprint for posterity, no matter how disastrous, has prevailed. He insists it will promote tourism, which is just not true.

It appears that neither any Cost-Benefit analysis nor any EIA nor any Social Audit has been carried out for this project.

Nor will they ever be conducted in an honest manner because this airport cannot be justified on any parameter. Let us consider some of them:

(1) An airport at Balh is neither needed nor will it ever be commercially viable. The performance of airports in Himachal has been dismal.

There are already 3 airports in the state within a distance of 50 km from Balh- Jubbarhatti ( Shimla), Bhuntar ( Kullu) and Gaggal ( Dharamshala)- and none of them is functioning at even 50% of their capacity. According to figures I have gleaned from the COPU report of 2020-21 the average daily arrivals in Bhuntar is about 85 passengers, Shimla 13 and Gaggal 250. This totals to less than 1.25 lakhs per annum, which is less than 1% of tourist arrivals in the state!

There are understandable reasons for the poor performance of the existing airports- the mountainous terrain does not permit long runways, therefore only small aircraft can operate, which are more costly on a per-seat basis.

This is aggravated by the load penalty factor because of the altitude at which the airports are located: for both these reasons the tickets prices are very high, discouraging even the better off tourists.

Flights are irregular because of unpredictable weather conditions and are frequently cancelled. There is no reason to assume the Balh will be exempt from these disadvantages, in fact, it will be worse off: the existing airports are located in the proximity of Himachal’s three most popular tourist centres which account for more than 85 per cent of total arrivals.
Bath is in no man’s land, and any tourist flying in there will have to drive for three hours to reach Manali, and four hours to hit either Shimla or Dharamshala- not an attractive prospect, given the state’s road and traffic conditions. Forget the fabled international tourist, even the canny domestic traveller will give Balh a wide berth.

(2) Agriculture provides an assured livelihood and the Balh farmers earn an average of Rs.5 to 6 lakhs per annum. One of the vital lessons of the pandemic has been that salaried jobs and even self-employment ventures are ephemeral and can disappear in a moment. Tourism, in particular, has become a very uncertain sector and will take many years to recover.

Livelihoods based on land and farming, even if relatively low paying, are far more secure and stable.. But the Himachal govt. does not appear to have learnt this lesson, and is determined to throw 2500 farming families on the roads.

Himachal has one of the worst unemployment rates in the country- 28.20 per cent, and one would have expected it to protect livelihoods, not destroy them. Running a few taxis and some dhabas with the compensation money cannot be adequate recompense for displacement and deprivation of generations-old livelihoods.

Furthermore, the state’s track record in rehabilitating oustees is quite dismal. The Bath development refugees will join the hundreds of refugees from the Bhakra and Pong dams who have yet to be rehabilitated even after decades.

(3) This blind push for an airport that is not required also ignores the aspect of Food Security, recently highlighted by our deplorable ranking in the Global Hunger Index. Add to this the fact that Himachal is not self-sufficient in foodgrains. And yet this govt. has no qualms about foregoing the production of approx. 6800 quintals of wheat/ 5400 quintals of rice and tonnes of seasonal vegetables by diverting 202 hectares of prime agricultural land for an airport no one needs.

(4) The Balh valley is fed by three streams and is a veritable green lung of the district. The farmlands, with their bordering forests, provide a rich habitat for all kinds of wildlife and biodiversity.

The large scale concretisation necessary for an airport, the attendant traffic, noise and pollution will transform this sylvan place into a pollution hot-spot. The valley is already flood-prone, the airport construction will exacerbate this vulnerability.

The proper course of action for the Himachal administration would be to take steps to improve the capacity utilisation of the three existing airports, instead of building another one at a cost of thousands of crores ( just the land acquisition will entail an expenditure of Rs. 2800 crores.)
The central govt. maybe able to find the money for its Central Vista project but the cash strapped state govt. is certainly in no position to do so.

“And, as a tourism force multiplier, what the state needs is not more airports but more helipads- a network of helipads in all districts, providing internal connectivity as well as connectivity with major tourist originating points such as Chandigarh, Pathankot, Jalandhar. And a well-thought-out plan to encourage and incentivise operators to utilise these facilities.”

“Heliports are cheaper to build, need hardly any land, do not displace populations, have very short gestation periods, provide quick and point to point connectivity. What is needed is serious prioritisation and practical planning, not epiphanic flights of fancy.”

Size no longer matters in the post-Covid and post-Climate Change world. Nowadays small is beautiful; it is also sustainable, he added