Grey-bellied Wren Babbler is mostly found in Myanmar with some birds occurring in adjoining China and Thailand. 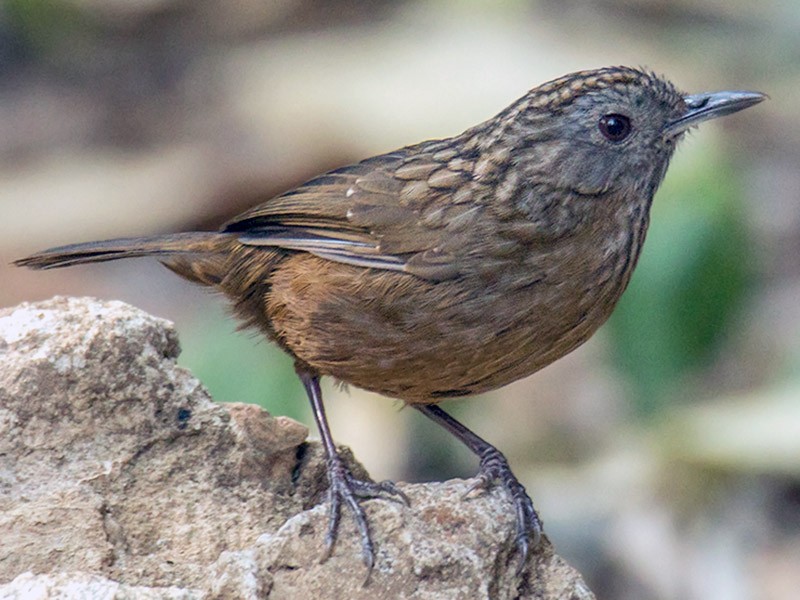 Itanagar: In a ‘remarkable’ discovery, six birdwatchers trekked to a remote corner of Arunachal Pradesh to discover a potentially new species of Wren Babbler which they have named as ‘Lisu Wren Babbler’.

In March this year, the expedition team consisting of birdwatchers from Bengaluru, Chennai and Thiruvananthapuram along with their two guides from Arunachal Pradesh set out to climb the Mugaphi peak in north-eastern Arunachal Pradesh in search of the rare and elusive Grey-bellied Wren Babbler. But they came back with something more exciting – documenting something that is new to science. They got their findings published by Indian BIRDS, a peer-reviewed journal of South Asian ornithology.

Grey-bellied Wren Babbler is mostly found in Myanmar with some birds occurring in adjoining China and Thailand. The birding team has to first reach Vijoynagar – a village of the Lisu community that lies about 82 km from Miao – driving through the treacherous mountain roads and crossing the famous Namdapha National Park. From Vijoynagar, it’s a two-day climb in the Himalaya to reach the altitudes where the Grey-bellied Wren Babblers were believed to occur.

However, the team was in for a nasty-pleasant surprise – though they did see the birds that were believed to be Grey-bellied Wren Babbler, the bird did not sing like one!

“All the birds we found had a sweet song that was similar to the songs of the Naga Wren Babbler; and quite unlike the trilling song of the Grey-bellied Wren Babbler,” says Praveen J, one of the members of the expedition.

Though it was continuously pouring, the team managed to take some pictures, videos and recorded its songs. They came back and analysed the skins of other Wren Babblers in many museums as well as photographs from other sites. They tried to match their sounds with existing recordings of Grey-bellied Wren Babbler. They also got the photographs of the single specimen in the Smithsonian Museum.

“As the name indicates, the ground colour of the belly of Grey-bellied Wren Babbler is grey. However, all the photos we got showed birds with a whitish belly. Surprisingly, the single Smithsonian specimen from these mountains also had a whitish belly,” says Dipu Karuthedathu, another member of the expedition.

When all this information was put together, they realised that they have probably documented a new variety for science – at least a new subspecies, but more likely a new species. The plumage in conjunction with the songs does not match with any known species.

Establishing and naming a species or subspecies scientifically requires genetic material from these birds to be compared against other Wren Babbler species. However, the team has already given an English name for the bird after the Lisu community. They hope that this will bring in much attention among the local community in Vijoynagar and Gandhigram to conserve this mountainous habitat.

“I believe the Lisu Wren Babbler may be present in more sites in this mountain range. We need to explore and find more accessible populations closer to Namdapha,” says Yolisa Yobin, who has been organising birding expeditions in Namdapha for the past five years.