Erendro was arrested in May this year on a sedition charge - for writing "cow dung and cow urine don't work" on Facebook. He was released from jail at 4.45 pm - 15 minutes before the expiry of a Supreme Court deadline on Monday evening. 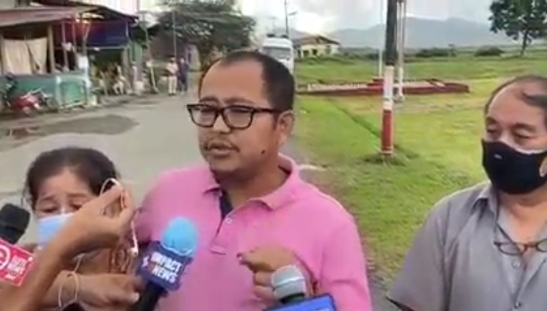 New Delhi: Manipur–based political activist Leichombam Erendro, who was released from jail, accused the state government of abusing executive power and said that such an anti-people government should be thrown out of power in the next general election.

Erendro was arrested in May on a sedition charge – for writing “cow dung and cow urine don’t work” on Facebook. He was released from jail at 4.45 pm – 15 minutes before the expiry of a Supreme Court deadline on Monday evening.

Speaking after his release, Erendro said freedom of speech and expression is a fundamental right and guaranteed by the constitution as a citizen of this country… we speak according to this right. This has been rightly pointed out by the Supreme Court… However, the moment he was given bail, he was again detained under the NSA, which is a clear case of the Manipur government abusing the executive power to silence the people.

“326 cases of sedition across India. Let me tell you something… the Supreme Court came out and said, ‘Why are we using the sedition law, which was used by the British to arrest freedom fighters. Mahatma Gandhi himself was arrested under the sedition law,” he said.

On Monday morning the Supreme Court overruled a government request to adjourn the hearing and said Erendro’s “continued detention… amounts to a violation of the right to life and personal liberty”, the NDTV reported.

“We are of the view that the continued detention of the petitioner would amount to violation of right to life and personal liberty under Article 21. We direct him to be released today by 5 pm with a personal bond of ₹ 1,000,” a two-judge bench of Justices DY Chandrachud and MR Shah said.

The court’s order came on a plea by Erendro’s father.

The activist, with journalist Kishorechandra Wangkhem, was arrested for posting the comment after the death of Saikhom Tikendra Singh, the former chief of the BJP’s state unit.

Manipur BJP Vice President Usham Deban and General Secretary P Premananda Meetei filed the complaint against them, claiming that their posts were offensive.

In June last year too Erendro had been charged with sedition – this time over a Facebook post that had the photo of Rajya Sabha MP Sanajaoba Leishemba with Union Home Minister Amit Shah.

Erendro was released on bail in that case.

The Supreme Court has asked if the sedition law was “still necessary after 75 years of Independence”.

Attorney General KK Venugopal, argued the law should be retained with “guidelines”. With agency inputs